In our post about the Greek alphabet written just a few weeks ago, we have provided you with the complete list of Greek letters/Greek symbols, their meanings and uses in science and math. Now, it is time to take a more detailed look into the delta symbol individually and explain its meanings and uses.

Here is the extensive post about the Greek letters if you would like to read that also:

The Origin Of The Delta Symbol

Delta symbol is the fourth letter in the Greek alphabet. It is a derivation of the dalet/daleth letter 𐤃 in the Phoenician alphabet.

The letters D and Д in in Latin and Cyrillic alphabets, respectively, are derived from the delta symbol/letter. 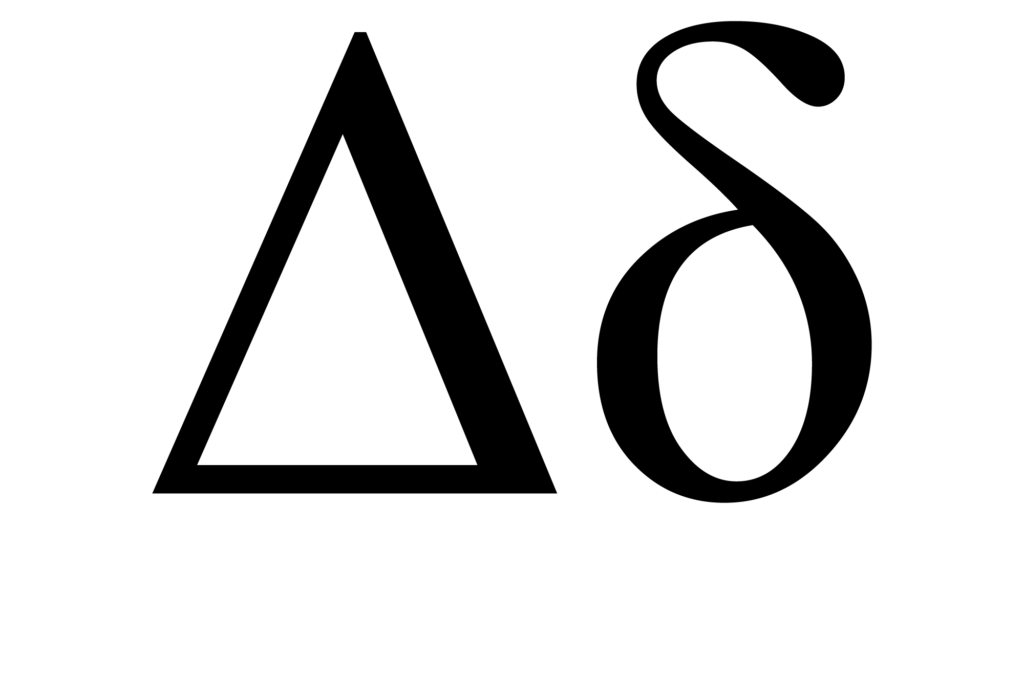 Throughout the history, delta symbol/delta sign came to define many different things in various scientific areas including primarily math, physics and chemistry.

Lowercase Delta Symbol And Its Uses

Inside a math equation, for instance, you could use a delta meaning change for any quantity that can be changed. The delta letter in Greek alphabet actually is the first letter of the word for difference in Greek language, which is διαφορά (diaphorá).

In math, delta symbol is also used to define discriminants in polynomial equations, the area of triangles and macroscopic changes as well as several other things.

In a chemistry formula for reactions, you could insert a delta meaning the addition of heat.

In particle physics, delta symbol represents the delta particles while in quantum mechanics it denotes uncertainty in physical variables.

While in law the delta letter is used to represent the defendant, it is used to denote deletion of a gene in genetics.

Uppercase Delta Symbol And Its Uses

The lowercase delta letter is used to denote changes in variable values and a functional derivative in calculus. It is also used to represent the Kronecker delta and the Dirac delta function in math.

In engineering, a delta sign would mean deflection while in chemistry it is used to denote partial charges and also the chemical shift for nuclear magnetic resonance.

On an interesting side note, the Phoenician letter daleth was used to define doors/gates at the time. Also, the phrase “river delta”, which was first used for the Nile River delta, was derived from the shape of the triangular uppercase delta letter as it is almost triangular as well.

Hope you liked our post about the delta symbol/letter its meaning and uses. Share it on social media if you can, many thanks!