Norse mythology is full of gigantic, terrifying beasts and mythological creatures but the one beast that stands out amongst all is Fenrir, the giant wolf. Here is all you need to know about Fenrir

Fenrir (pronounced FEN-rir), sometimes also called Fenrisulfr (or Fenris in its short form), is a colossal wolf with abominable strength. He is one of the three children of the god Loki and the giantess named Angrboda. This makes Fenrir the brother of Jormungandr, a large serpent and Hel, the goddess of the underworld.

The name Fenrir means “the one that dwells in the marshes” in the Old Norse language.

Fenrir plays a short but highly important role in Norse mythology. His main story mentioned in Norse sagas forebodes the end of the universe following the fall of gods that will be caused by Fenrir himself.

What Makes Fenrir so Fearsome?

Fenrir is not an average-sized wolf with an intense thirst for blood. Being the son of a god and a giantess, he actually belongs to the race of giants.

Although Norse beasts are not typically oversized, Fenris turned out to be an enormous one, easily overpowering all other monsters in the Norse cosmos. To give a fair idea of how large he really is, consider the following fact.

It is said that when Fenris opened his mouth, his upper and lower jaws would touch the sky and the ground respectively.

The three children of Loki and Angrboda were considered a threat to the entire world. Given the fact that they were a serpent, a ruler of the land of the dead, and a giant wolf, that doesn’t come as too much of a surprise.

For the safety of the Norse world, and the welfare of its inhabitants, the gods of Asgard had to think of ways to protect others from the harm these children could cause.

Since they had the potential to wreak havoc together, it was decided to separate the three siblings and send them to places where they won’t be able to stir trouble.

Consequently, Jormungandr was thrown into the waters surrounding Midgard, whereas Hel was chained in the underworld. Although Fenris was not so humongous back then, the Aesir gods still feared he would turn out to be something else altogether. And so, they decided to raise him under their own supervision.

The events that followed are recounted properly in The Binding of Fenrir – a renowned tale in the Norse sagas.

The Binding of Fenrir and the Revenge That He Pledged

According to the myth, Aesir gods heard a prophecy that said a wolf and his family would bring the end of the Nine Worlds. That is why they decided to lock Fenrir up. However, things did not go as they expected.

Fenrir started growing up incredibly fast and that caused fear among the gods. So they decided to put him in chains and tricked him into being chained saying he was weak and could not be able to break free if he was chained. The wolf accepted their challenge and broke free quite easily during their first two attempts. 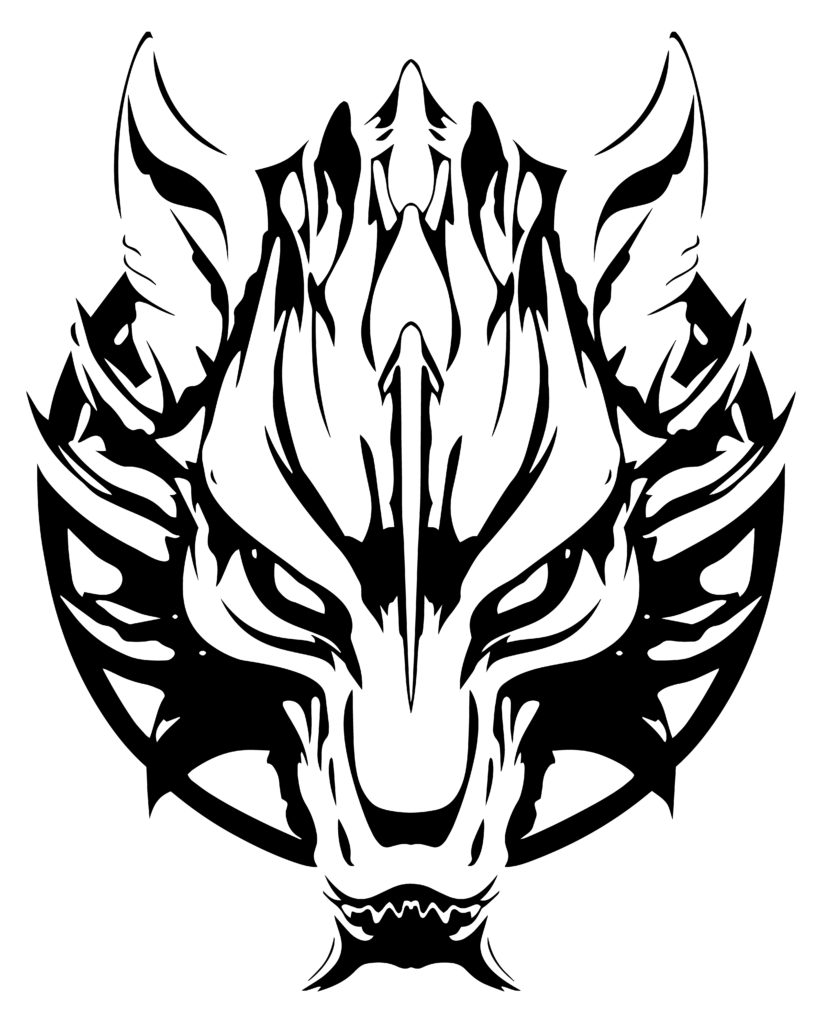 Being a wolf of remarkable size and strength that he was, both attempts to restrain Fenrir/Fenris were unsuccessful. Despite the high-quality materials that they were made of, the two chains (called Leyding and Dormi, respectively) proved to be good for nothing when it came to holding back Fenris. Each time he broke the chains far more easily than the gods had imagined him to.

Gods ordered dwarves to forge a chain that would be able to keep Fenrir captive. The dwarves’ work was a bit unexpected; a thin and soft ribbon named Gleipnir. However, it was not an ordinary ribbon but a magical one made out of various ingredients. These ingredients were:

Gleipnir is believed to be enchanted as it consisted of six unusual elements. These were:

When the chain was brought in front of Fenrir, he grew suspicious and refused to be tethered with it unless one of the gods or goddesses would stick their hand in his mouth as a gesture of good faith.

Since the higher entities knew that they would get their hand ripped off by complying with Fenrir’s condition, they were hesitant to agree. None of the gods were brave enough to do that, except Tyr, the god of war, the only one that had to courage to feed the giant wolf when he was caged.

Fenrir tried to break free from Gleipnir but the magical ribbon was very strong and the giant wolf could not manage to escape. As his revenge Fenrir bit and ripped of Tyr’s arm..

Gods chained Fenrir to a rock named Gioll one mile beneath the surface of the earth.

A sword was placed between Fenrir’s jaws to prevent him from biting.

It was believed that Fenrir kept howling and the foamy river of Ván was flowing from his drooling mouth. Ván is the Old Norse word for ‘expectation’, which symbolizes that the imprisonment was not the end of Fenrir’s story.

That is why he is also called Vánagandr, which literally means in Old Norse language “the monster of the river Ván”. The names Fenris, Fenrisúlfr and Hróðvitnir are also among the names given to the giant beast in the accounts of Norse mythology

It was prophesized that Fenrir would return at Ragnarok – the cataclysmic destruction of the cosmos that will occur when the Norns (female beings who control fate) decree it to be.

As mentioned in Poetic Adda, the Ragnarok apocalypse will begin with a series of highly destructive earthquakes. This will also crack the boulder Fenrir is anchored to, hence, freeing him from the bonds of Gleipnir.

Maddened even more due to years of captivity, Fenrir will then rampage through the nine worlds, devouring anything and everything that comes in his path. Hati and Skoll, his two children of a similar form, albeit comparatively smaller in size, will accompany him.

Together, they will destroy the sun and the moon that will send the Norse universe in utter darkness and create a chaotic mess.

It was believed that Fenrir would break free from his imprisonment and fight side by side with giants against the gods on the day of Ragnarok. He would then sweep and devour everything including Odin with his lower jaw buried in the ground and his upper jaw up in the air. Odin’s son Vidar would avenge his father by killing the giant wolf.

You liked our post about Fenrir, the giant wolf ? Then, you might want to check out Norse mythology and mythical creatures sections from the top menu. Thanks for reading.