The hammer and sickle reminds most people instantly of Communism, of the Union of Soviet Socialist Republics (USSR), and probably also the color red. It has long been a symbol of the power of the common people working with their hands as compared to the elite – this is the basis of its popularity in the communist sphere. Here, in this post, we will have a detailed look into the hammer and sickle, the communist symbol and the meaning and symbolism behind it.

The Origins of the Hammer and Sickle Emblem

The image of the hammer and sickle as we know it today was formally created in 1917, as an entry for a competition organized by Vladimir Lenin to find an emblem for the Soviet state. The original design was completed by a Russian artist named Yevgeny Kamzolkin.

Kamzolkin’s creation was much more complex than just the hammer and sickle, even if that element was at its center. In the complete design, it was superimposed upon a globe illuminated from below by the rays of a golden sun. On either side of the globe was a wreath of grain and at the very top, a red, five-pointed star.

It is said that the original design also carried a sword but that Lenin rejected it for the violent connotations it would have conveyed. 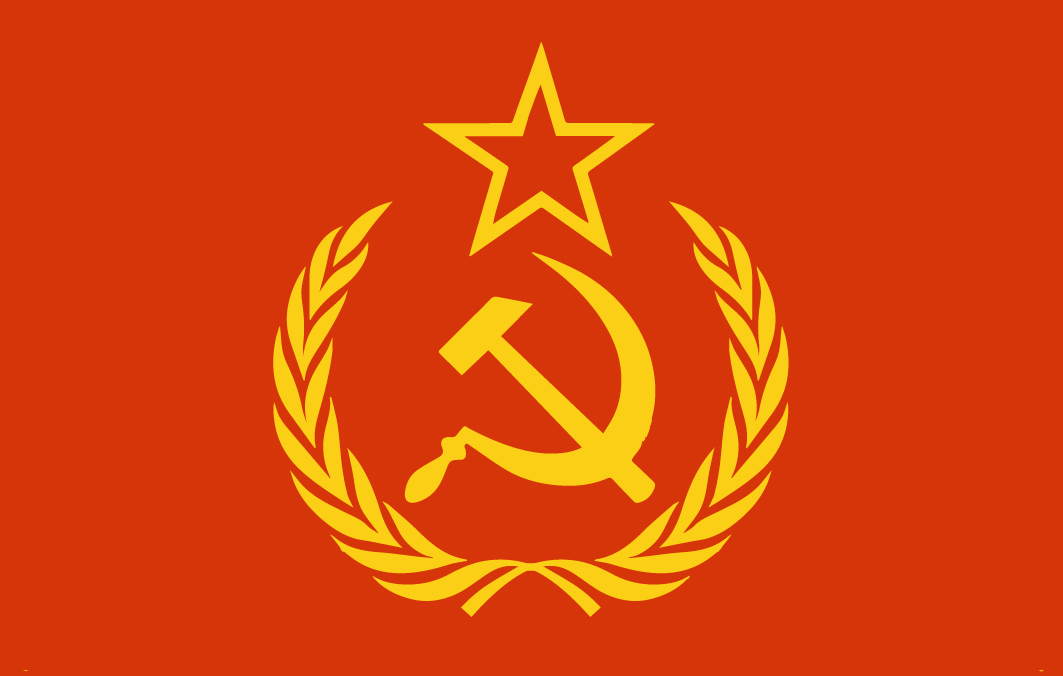 Some people point to the similarity between the Soviet hammer and sickle and the portrayal of the Crook and Flail from Egypt’s ancient past that have been found on the sarcophagi of pharaohs. The pharaohs are shown with their arms crossed and held one object held in each hand, creating an appearance very similar in style to the Communist one with which we are familiar.

Gender Association of the Hammer and Sickle, the Communist Symbol

As is often the case where two components form a single symbol, the hammer and sickle gradually adopted gender in the Soviet Union –  the hammer, male, and the sickle, female.

While there is no formal literature that has officially investigated this particular concept, it may be conjectured that the shape of the hammer alluded to the phallus while the curve of the sickle readily availed itself to an association with the female. 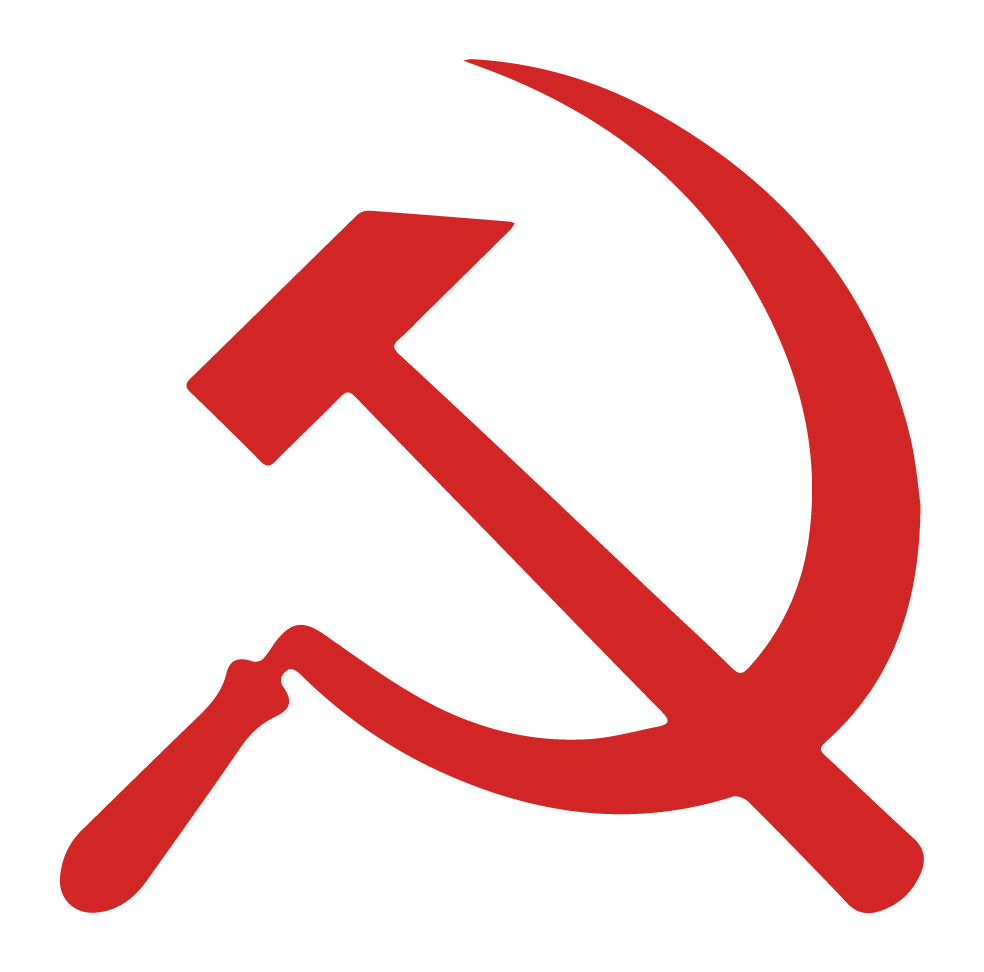 This interpretation has carried over to other countries, too, and a tableau commissioned by the Communist Party in the Indian state of Kerala features the sickle held by a woman and the hammer, by a man. That particular design is very similar to that of a statue located at the Vystavka Dostizheniy Narodnogo Khozyaystva (VDNKh) exhibition center in Moscow.

Besides the obvious interpretations of the hammer and sickle as the male phallus and womanly curves respectively, the use of both tools themselves in the history of human civilization has also played a part in this gender association.

The History of the Hammer

The use of a hammer to represent the male force is not a novel concept because hammers are readily associated with building, construction and war. They were the tool of the blacksmith who fashioned with them every other implement for domestic use, as well as defensive armor and offensive weapons like swords, spearheads and also the dreaded war hammer.

War hammers were a weapon wielded on the battlefield by warriors in ancient times. In close combat, they could cause massive damage as a bludgeon even to heavily-armored opponents because they did not need to penetrate to inflict disabling or even fatal injuries. A war hammer played no favorites on the field of combat – it could be used just as effectively on horses to unseat their riders.

The most famous of all combat hammers, particularly as a result of the recent avalanche of movies featuring the comic book character, Thor, is his magical war hammer, Mjollnir.  In Norse mythology, the God of Thunder’s trusty weapon never misses its mark and always returns to his hand.

In a less destructive sense, the hammer was the tool of builders. The Masons use the hammer and chisel to represent both construction and, symbolically, the manifestation of goals. In Western society, it is also linked to justice and the gavel we find in courtrooms across the world can trace its origins to that belief.

The History of the Sickle

The sickle was developed as a tool of harvest and for weeding, and it played an integral part in mankind’s evolution from a society of hunter-gatherers to one of subsistence farming, the first step to large-scale agriculture.

While the menfolk still largely did the hardest parts like tilling and plowing the land, the relatively less rigorous tasks of harvesting crops and clearing land of unwanted plants fell to the women. Both these tasks were most easily performed with a sickle.

Kali is the female aspect of Shiva the Destroyer, one of the three gods of the Hindu Trinity. Depictions of Kali show her with a garland of severed heads and a skirt of severed arms. In one of her many arms is a sickle, in another, the head of a demon. Another of her hands holds a bowl under the demon’s head to collect his blood.

She is often mistakenly called the ‘Goddess of Death’ because of this terrifying aspect. In fact, she is actually the goddess of Justice, meting out punishment to the wicked. The bowl of demon’s blood is not to drink, as some people macabrely imagine, but because the legend was that ten new demons would sprout from every drop of his blood that touched the earth.

The Hammer and Sickle in Popular Culture Today

The hammer and sickle, also known as the communist symbol for quite some time,  are gradually falling out of fashion both in Russia and the rest of the world, and several Communist entities have opted in recent years to drop the image from their own emblems. The average college student on their self-professed anti-establishment rant usually fails to get that memo.

That being said, the hammer and sickle symbol is still common in Russia, and a stylized version has never been removed from the logo the state carrier, Aeroflot.