Today, in symbols and meanings section of Mythologian, we are taking you to ancient Greece and examining another very interesting ancient symbol in detail. Without further ado, here is all you need to know about the Labrys symbol, its origins and meaning as well as uses throughout the history.

The History of the Labrys Symbol and its Meaning

Labrys, the double-headed axe, has various meanings and connotations. 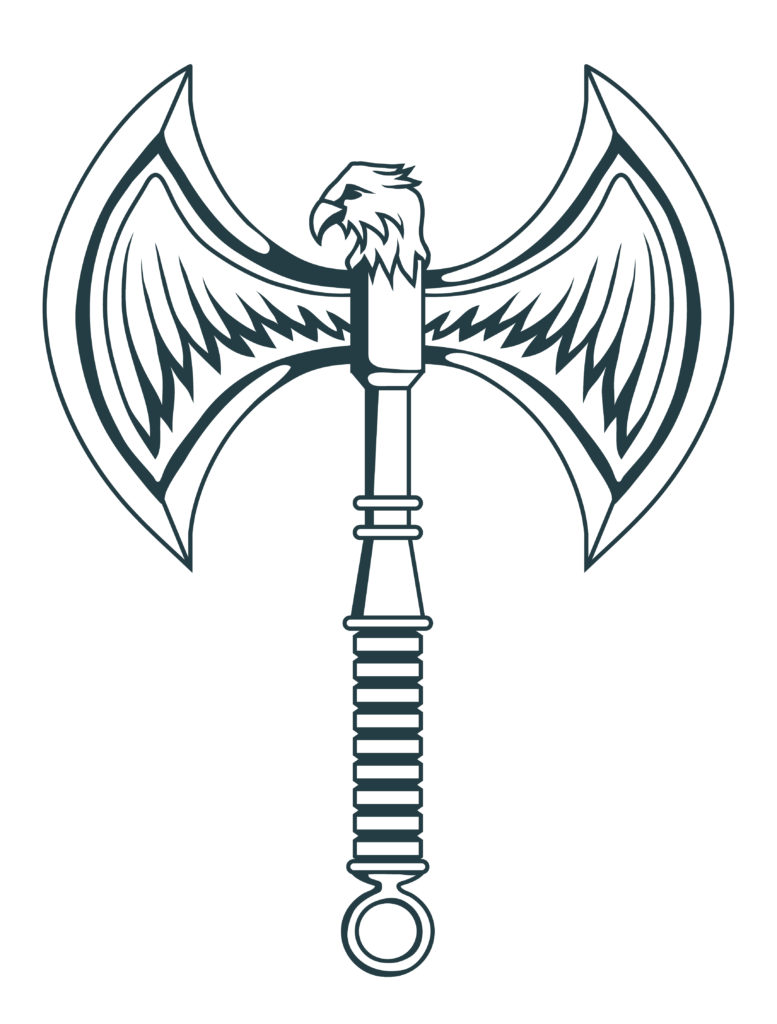 It was also used as an instrument to slaughter animals, bulls in particular, for religious sacrifices.

Labrys symbol is also believed to represent the Amazons –  a warrior society consisting only of women. They were the ones who refused to follow the patriarchal culture.

Some other labryses were discovered during the archeological excavations at the site of the Palace of Knossos, which was located on the island of Crete in the Bronze Age. Some gold Labrys with Linear A inscriptions on them have also been found in a cave in Arkalochori (Crete).

According to experts, they date back to before 1600 BC. However, the oldest discovered Labrys is from 100.000 years BC – it was found in Paleokastro, an ancient settlement in northern Greece near the town of Siatista.

Modern Uses of the Labrys Symbol

Labrys is one of those few symbols that have been present, in one form or the other, from antiquity till today. Here, we are highlighting some of the most popular uses of the double-headed axe in modern times:

In the modern-day world, Labrys is considered a symbol of female empowerment, self-sufficiency, and matriarchy. These associations emerged from the belief that such axes were used by the women of the Amazons in the battlefields.

Since the 1970s, the symbol is mainly being used to represent lesbian feminism.

The labrys lesbian flag created by Sean Campbell in 1999 features a white labrys on an inverse black triangle with a purple background and is used to represent lesbianism.

In the memory of pre-patriarchal societies, Labrys symbol has also been used to represent the neopagan Goddess movement.

Sometimes, it is also used to represent Hellenic polytheism.

The first time that Labrys symbol was used to represent a big political movement, in modern times, was during the totalitarian regime of Ioannis Metaxas in Greece from 1936 to 1941. During that period, commonly known as the 4th of August Regime, the double-headed axe was used as the symbol of the government-backed National Organization of Youth.

It was also widely used in the Vichy France regime, during the World War II – the symbol featured on propaganda posters, coins, and even on the personal flag of the then ruler of France, Philippe Petain.

During the 1960s, the double-headed axe appeared on the flag of Ordine Nuovo; the Italian far-right and neo-fascist movement.

If you liked reading our post about the Labrys symbol, its meaning and origins, you will surely enjoy reading about all the other ancient symbols we have covered on our web site. Check out our symbols and meanings section from the top menu to read all our symbolism articles!