Lagertha the Shieldmaiden was a Norwegian historical figure and one of Ragnar Lothbrok’s wives as depicted in History Channel’s TV series, Vikings. She was born in A.C. 795 and although there is no certain information regarding her exact time of death, it is assumed to be around the mid-9th century.

The Origin and Meaning of The Name “Lagertha”

The name Lagertha is the latinized version of the Nordic name  Hlaðgerðr (Hladgerd) which is the combination of two words Hlað, meaning “lacework” or “headdress” and gerðr, meaning  “protection” or “enclosure”. The other versions of the name include “Ladgerda”, “Ladgertha” and  “Lathgertha”. 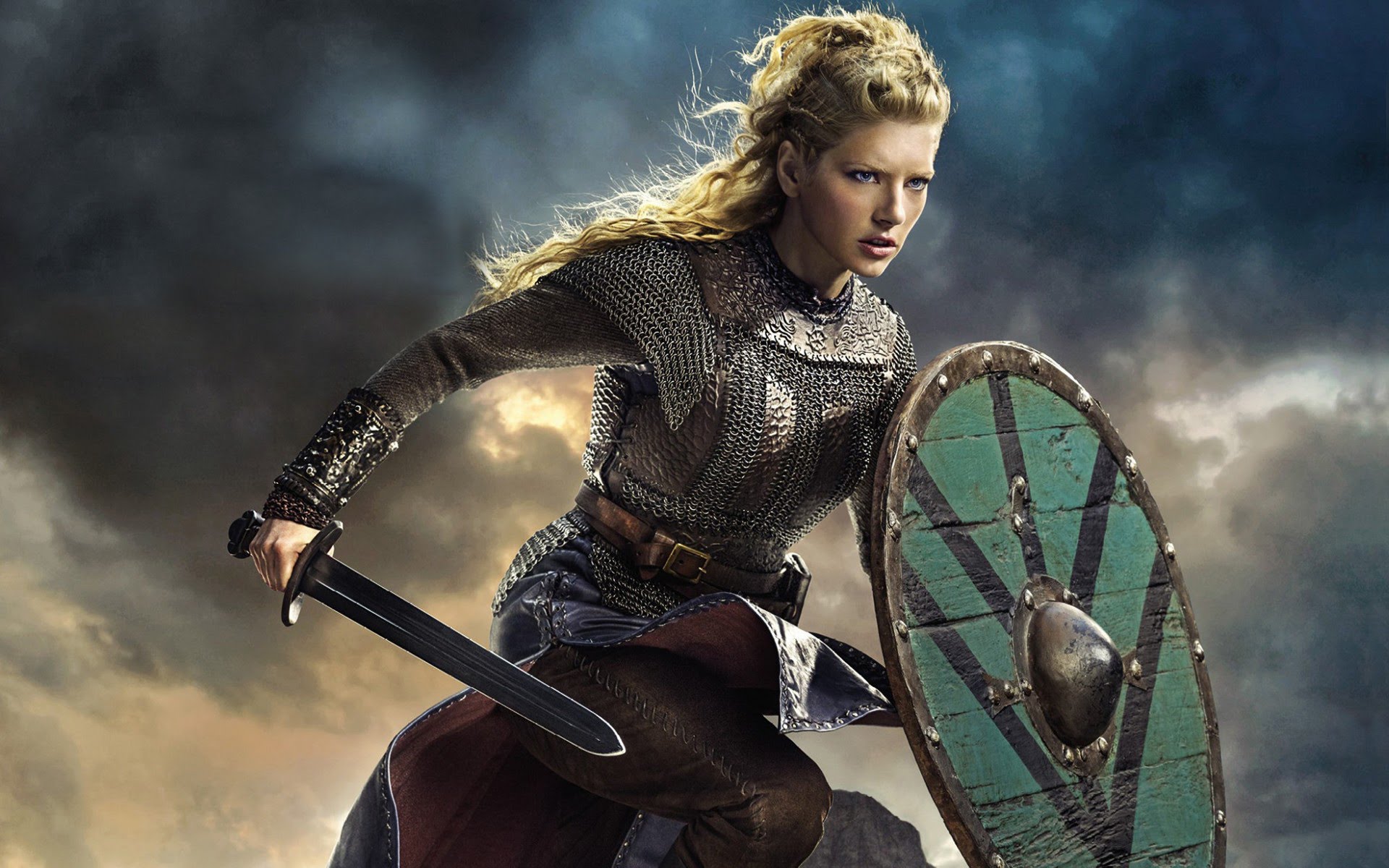 In another source, it is told that the name Hlaðgerðr might have been derived from the word “Hlaðir” (present-day Lade in the City of Trondheim, Norway, a place where Haakon Sigurdsson, one of the Norwegian rulers of the time lived).

In some accounts, Lagertha was identified with Thorgerd, a goddess with magical powers and an ability to fly. Some of the sagas regarding the age mention Haakon Sigurdsson worshipped (or married) Lagertha.

About the Name: “Lagertha Lothbrok” or Not?

The epithet/nickname “Lodbrok/Lothbrok” was given to Ragnar Lodbrok/Lothbrok because of his hairy breeches (or dirty breeches according to some versions of the story). So, it would not be that accurate to call the famous shieldmaiden “Lagertha Lothbrok” as it was not actually a surname for Ragnar.

According to Gesta Danorum (“Deeds of the Danes”) by Saxo Grammaticus, one of the few sources containing information regarding Lagertha’s life and deeds, Lagertha’s meeting with Ragnar happened while Ragnar was on a journey of revenge. 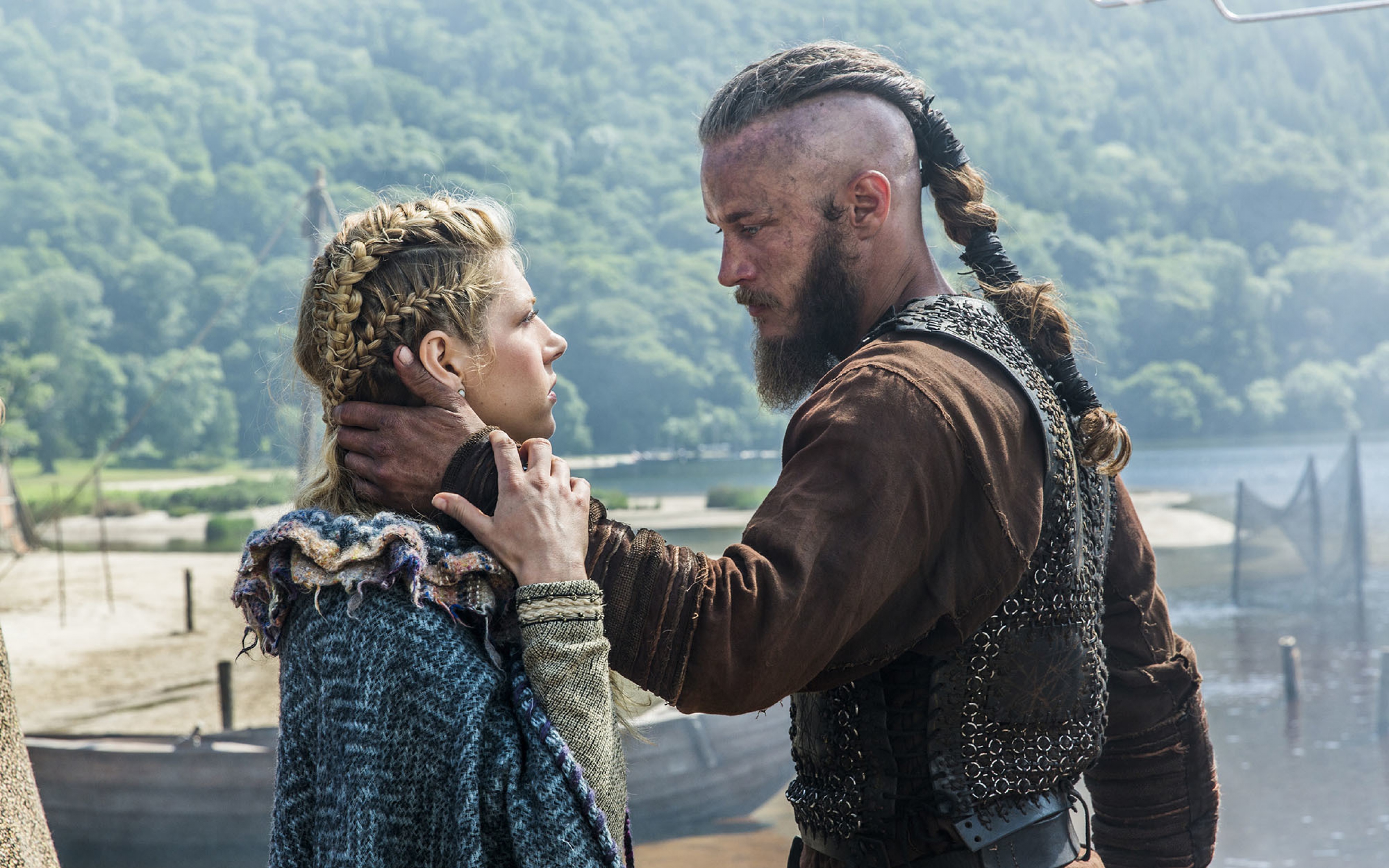 Lagertha was a member of Norwegian King Siward’s court/household. After Frø, Sweden’s king of the time, attacked and invaded Norway, he killed Siward and put the royal women in his family in a brothel to humiliate them. Upon getting the news about his grandfather’s demise and what Frø did to his family, Ragnar Lothbrok came to avenge Siward and rescue the women.

Saxo’s account tells of the bravery of these women in the brothel fighting Frø and helping Ragnar. Lagertha was described in Gesta Danorum as “a woman with the courage of a man who fought fearlessly”.

Impressed by her bravery and will, Ragnar took interest in and wanted to marry Lagertha. According to some accounts of the age, he had to slay a bear and kill the hound guarding Lagertha’s house to convince her to marry him.

This part of the article might be a bit surprising for the fans of the TV series since the historical accounts are in contradiction with the family tree of Ragnar Lothbrok depicted in History Channel’s Vikings. 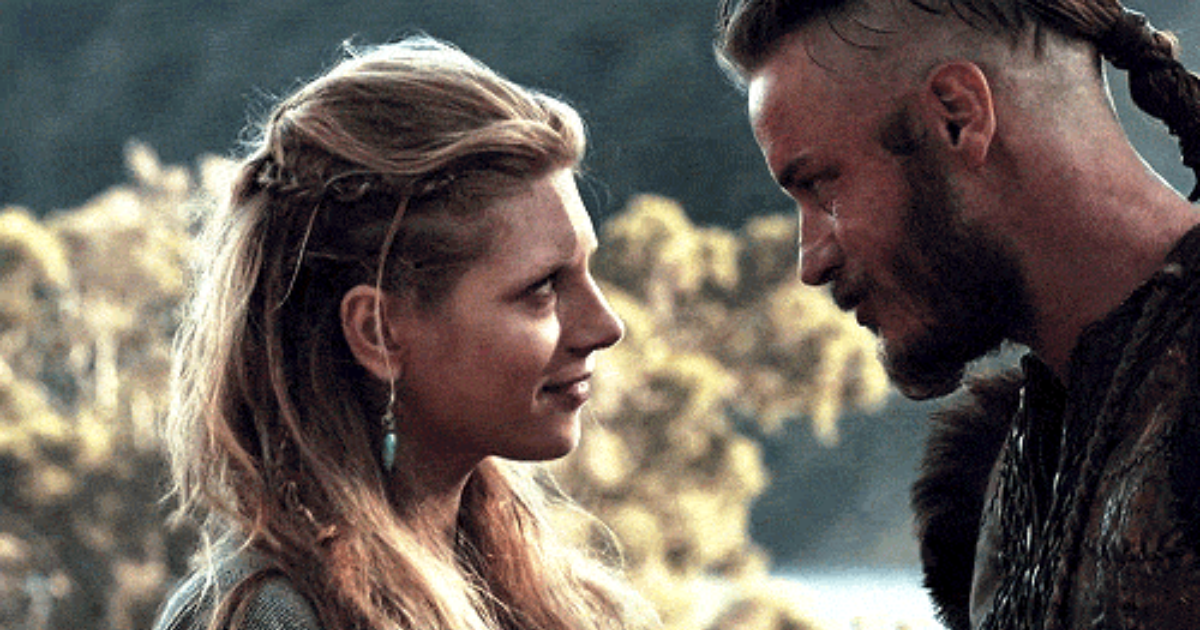 According to Gesta Danorum and The Sagas of Ragnar Lodbrok translated by Ben Waggoner, Ragnar and Lagertha did actually get married and had a son named Fridleif, not Bjorn (Bjorn Ironside as he would be named later).

They also had two daughters whose names were not mentioned in the historical works. On a side note, click here to read more about Bjorn Ironside and his family.

Ragnar Lothbrok had to return to Denmark to deal with the civil war in the country and later divorced Lagertha  in order to marry King Herrauðr’s (Herraud) daughter, Thora Borgarhjört (Thora Town-Hart).

After returning from his journey to win Thora’s hand in marriage, Ragnar had to fight a civil war for another time in Denmark. He asked for Norway’s help and Lagertha, who was still in love with Ragnar Lothbrok, came to his help with 120 ships.

It is told in the accounts that Lagertha saved Ragnar Lothbrok’s son Siward by turning the tide of the battle.

According to some stories, after Lagertha helped Ragnar and returned to Norway, she killed her husband with the head of a spear she hid in her gown and took control of his estate and lands carrying on his family name.

(SPOILERS about the TV show) That is, to an extent, very similar to what happened in History Channel’s Vikings (she became Earl Ingstadt in the TV series). 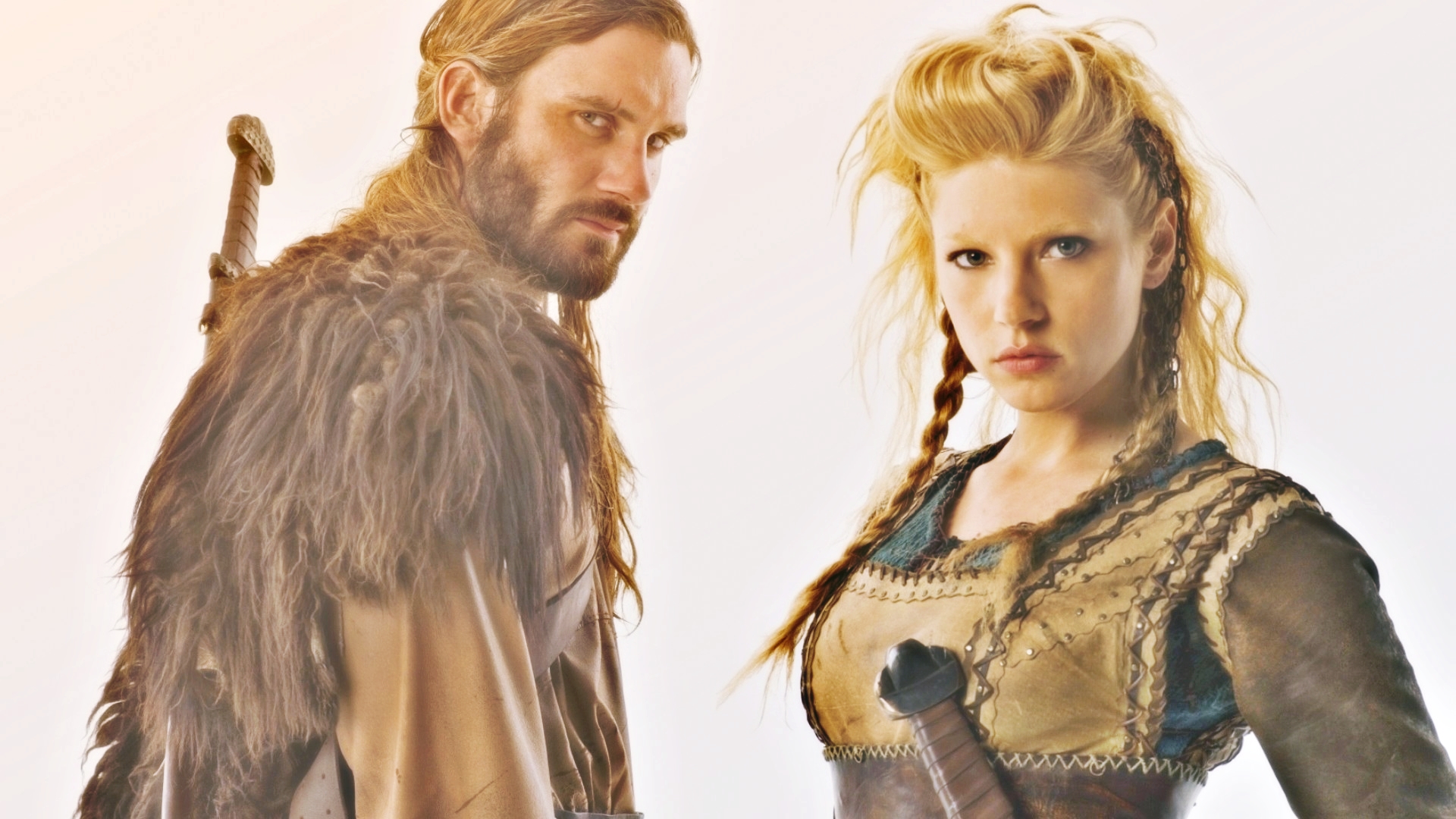 Read our detailed post on Rollo: Rollo the Viking Duke of Normandy

On a side note, Lagertha also probably never met Hrafna-Flóki Vilgerðarson, the real-life historical figure on which the character named Floki is based on. Here you can read more about Floki, the man who gave Iceland its name.

(The following two paragraphs include SPOILERS for the fans who have not watched season 4, skip below the image if you are one of them)

As it has been told several times by the creators of History Channel’s Vikings, historical accuracy is not the main focus of the TV show. In addition to that, there is very little information regarding the lives of both Lagertha and Aslaug. 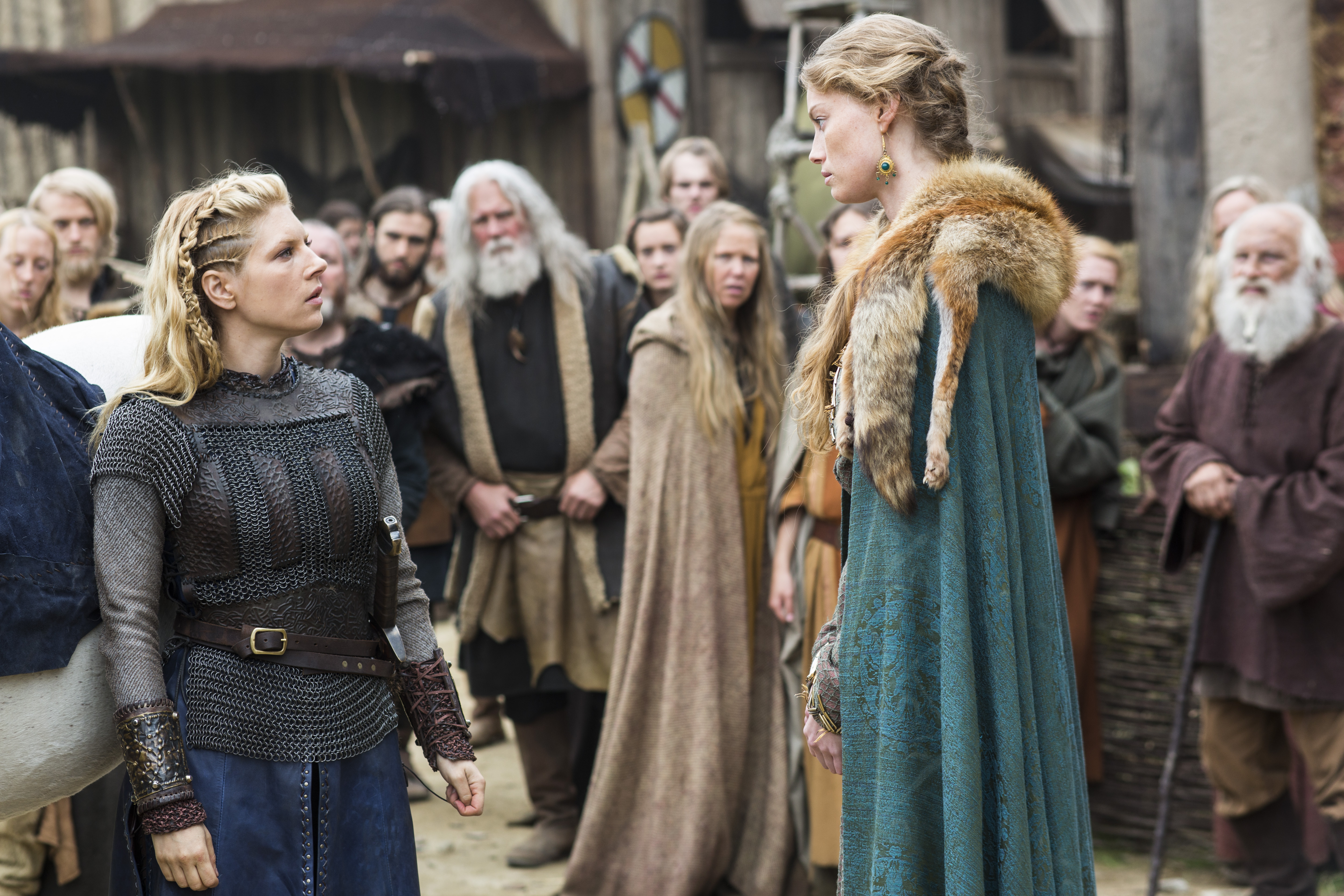 Lagertha killing Aslaug in season 4 is something that the writers of the show added to the story. There is absolutely no proof about what happened between Lagertha and Aslaug, that is, if anything happened at all.

As another spicy element added to the story by the writers of the TV series, Aslaug’s sons (especially Ivar the Boneless),  want to avenge their mother and kill Lagertha. This is also another part of the story with no historical basis. 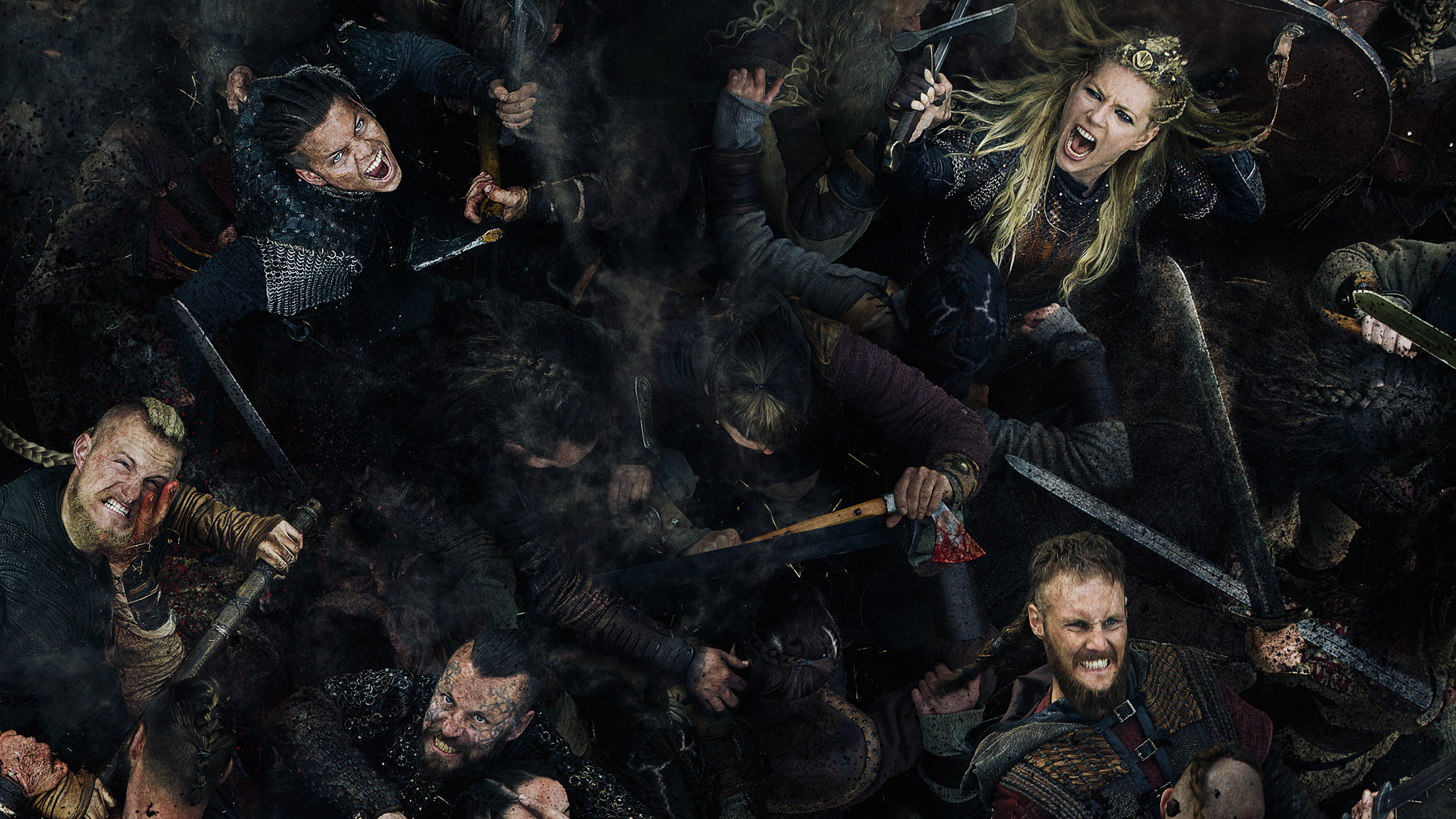 Let alone the fact that there is no accurate information about how and when shieldmaiden Lagertha died, Lagertha was not mentioned at all in accounts telling us of Ivar the Boneless and his deeds. 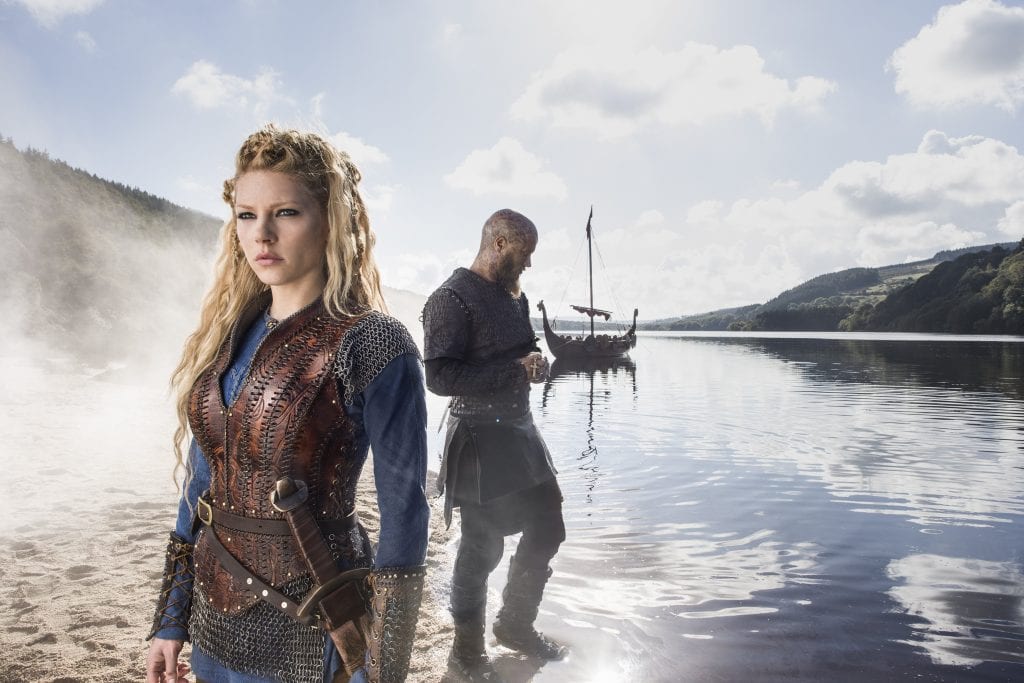