You are here: Home / Archives for goddess persephone 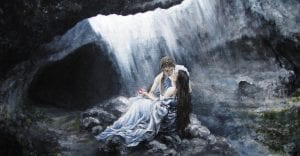 Persephone was the wife of Hades and the goddess of the underworld, the realm of the dead. The word “Persephone” was considered by some linguists to have the meaning “she who kills the light”.  Her counterpart in Roman mythology was Proserpine. Persephone was abducted by Hades to the underworld making her mother, Demeter, the goddess […]