You are here: Home / Archives for hades and persephone in the underworld

hades and persephone in the underworld 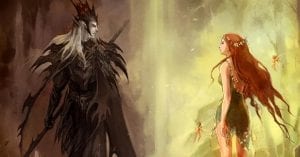 Hades was one of the original six Olympian gods and the eldest son of the Titans, Cronus and Rhea. He was known as the god of death and the King of the Underworld, where the souls of the dead were believed to travel after death.  He was also known as the god of the secret […]