You are here: Home / Archives for who is Hermes 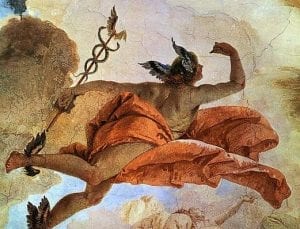 Hermes is the god of merchants, shepherds, athletics, literature and thieves in Greek mythology. He is Zeus’ son from the mountain nymph named Maia. His counterpart in Roman mythology is Mercury or Mercurius. Hermes was able to move very swiftly between the divine world of god and the world of immortals and he acted as […]