Red is the fervid color of heat, passionate love and sensuality. At weddings, engagements and on celebrations like Valentine’s Day, we are regaled with red. It is the color of blood, and therefore of anger, aggression and war.

It is perhaps because of the latter set of associations that it so commonly attracts negative reactions; red has also come to be linked to evil and the Devil himself.

Neither perspective has ever, by any means, had universal acceptance. 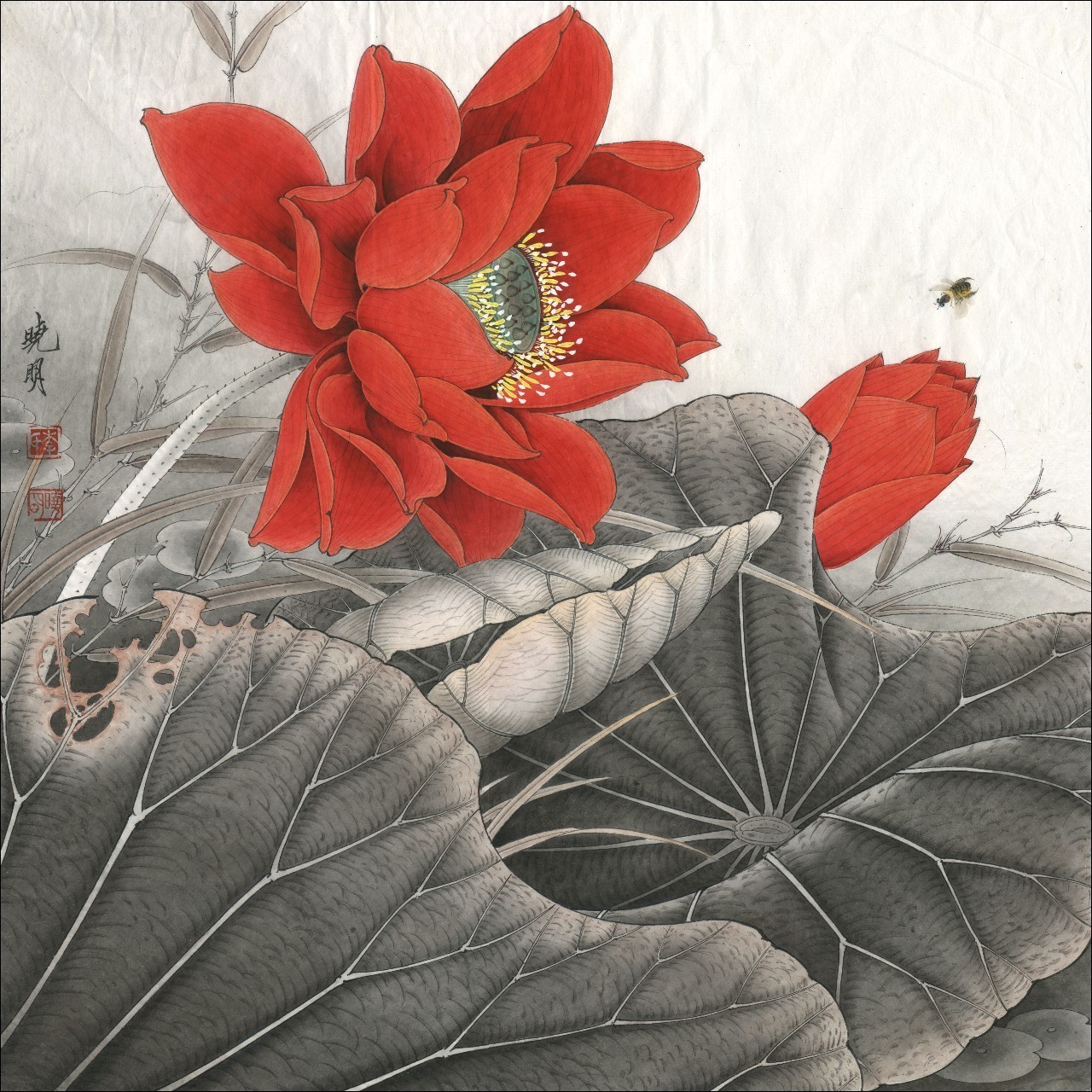 The Red Lotus Flower, Its Meaning and Symbolism in Eastern Religions and Traditions

In Eastern religions like Hinduism and Buddhism, the symbol of the red lotus is commonly associated with the divine.

In Chinese tradition, it is the color of wealth and prosperity – Chinese brides wear red, not white, and ‘ang pow’ money packets given out during the Chinese New Year are universally red.

The practice is the same in India; red is the color of sacrosanct marriage and a signifier of purity. All Indian Hindu female wedding costumes feature red heavily. The tradition is so deeply entrenched in Indian culture that even the costumes of Indian Muslim brides are red or feature large swathes of the color.

The bindi that Hindu women wear on the middle of their forehead is most often red. The bindi, which symbolizes the ‘third eye’, or the eye that sees the divine in the world instead of the material, is also seen on gods and goddesses of the Hindu pantheon.

The Buddhist Goddess of Mercy, Bodhisattva Avalokitesvara, whom the Chinese call Kuan Yin, is unique in that the patriarchal society (as was invariably the case across the world) such a long time ago, chose a female representation of a major deity. While goddesses are common in Hinduism – think Kali, Lakshmi, Sarasvati – Buddhist visions of the divine were rarely female.

In fact, the gender representation of Bodhisattva Avalokitesvara varies between cultures. Buddhist images in India and Sri Lanka maintain what is assumed to be the original male incarnation while those in China and Thailand favor the female one.

Still, Kuan Yin in her female form is readily accepted across the world; the female representation of the goddess is one of the most common images in Buddhist tradition besides that of the Buddha himself. The base on which Kuan Yin sits is the red lotus.

Even apart from the lotus itself, no image of her ever eschews red completely. Kuan Yin’s halo is most often red as are her robes or their border and embellishments. More elaborate iconography depicts a shower of red lotus flowers surrounding her.

The figure of Avalokitesvara is even more deeply associated with the lotus because of one of the most famous mantras in all of Buddhist teachings: Om Mani Padme Hum. It translates as ‘Om, The Jewel (of Creation) is the Lotus’.

For an extensive look into lotus flower, check out our post titled Lotus Flower Meaning and Symbolism.

On the surface, it seems like an amazing oversight that the red lotus was only revered and depicted in such few cultures around the world. It is only when we come to realize that the cultivation of the lotus was not as widespread in ancient times as it is today that the mystery is solved.

The individual civilizations which were fortunate enough to have the lotus in their midst appreciated its beauty and this is evidenced in their art and their writings, including poetry. But even they were limited by the variety of lotus flowers of which they knew.

A perfect example of this phenomenon is Egypt. The Egyptian White Water-lily (Nymphaea lotus) or white lotus is native to Egypt and even today can be seen on the flag of the Egyptian Copts.  It is the country’s national flower. The ancient Egyptians were also familiar with the blue lotus and it is found often amongst their hieroglyphics and images of their pantheon.

However, the red lotus does not ever make an appearance. The only reason for that omission is the fact that they were never aware that a red lotus could exist. It would be like us to imagine purple apples – the idea seems ludicrous because, as far as we know, they do not exist.