Walking the earth for thousands of years, we human beings certainly survived a lot. We persevered and still do. But how was the story told? How did our ancestors depict it, our strength? For those who have been wondering, here are the symbols of strength and their meanings across cultures around the world.

Tabono is an African symbol representing strength, perseverance, persistence and purposefulness. The word tabono is interpreted as paddle or oar in Adinkra language. 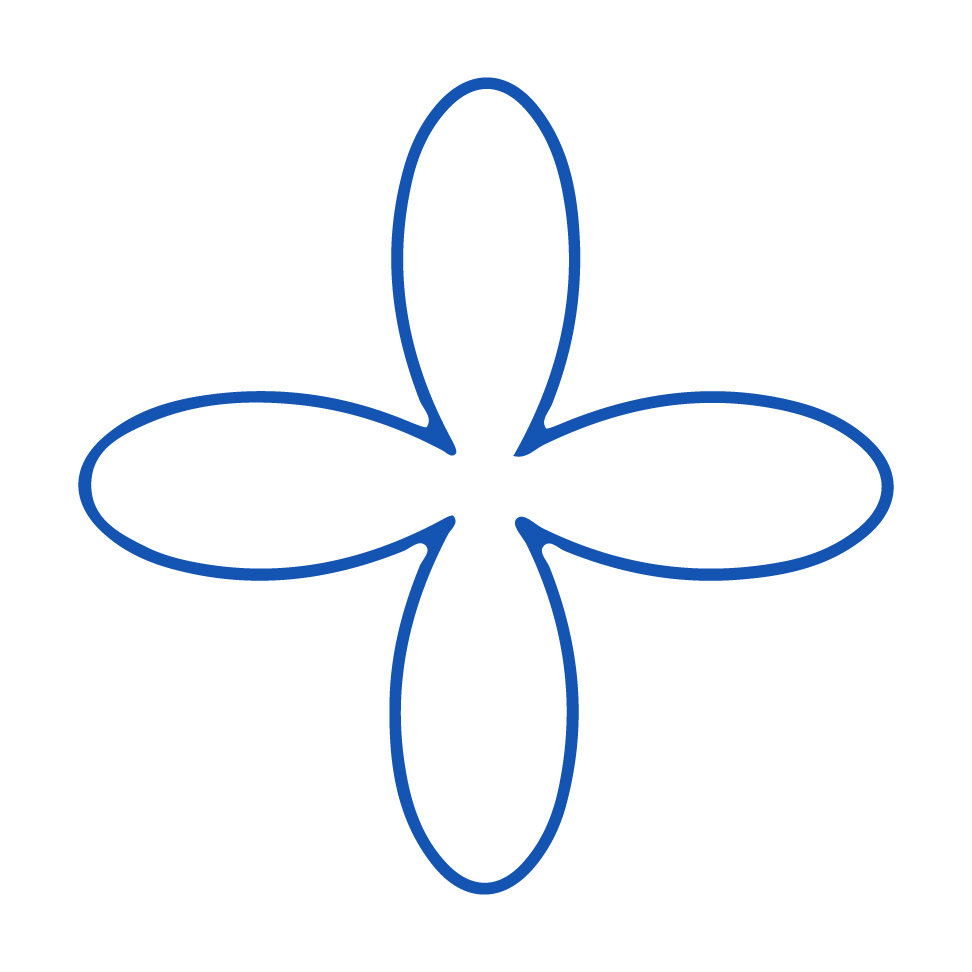 Li, The Chinese Symbol for Strength

Chinese symbol for strength which is pronounced as “li” is drawn with combining two letters of Chinese alphabet. Here is how li looks:

In addition to that, many creatures are considered as symbols of strength in Chinese culture. Without a doubt, dragons are the most significant ones among these.

Tigers, eagles, bears, horses and elephants are other animals which represent strength in their own specific way.

Hamsa, The Hand of Fatima

Drawn as the palm of right hand with five fingers (and sometimes accompanied by the evil eye in the middle of the palm), the hamsa/khamsa symbol represents strength in many beliefs.

From believers of the Buddhist faith to Jews and Muslims of the Middle East, the hamsa has been used by many people as the symbol of protection, luck and inner strength. 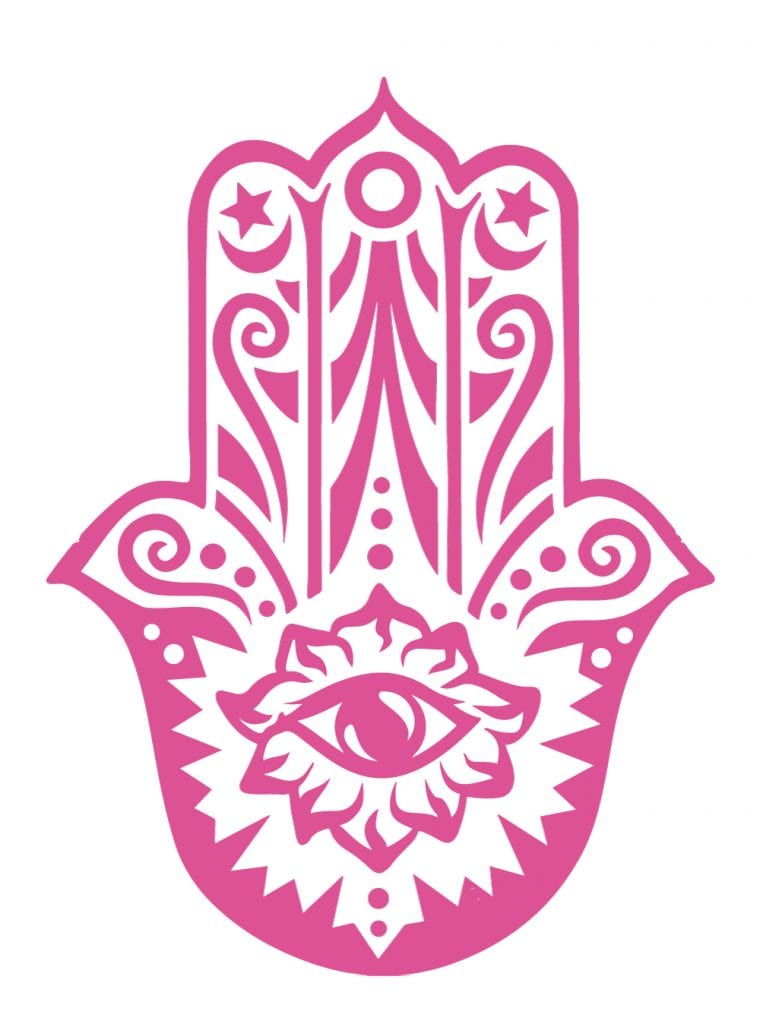 The word hamsa is derived from words meaning five in Hebrew and Arabic languages, hamesh and khamesh, respectively.

The evil eye drawn inside the hand is believed to provide protection against evil while some people interpret it as the all-seeing eye that sees everything and warns the person carrying the hamsa against evil.

You can click below and read our detailed article about the Hamsa hand symbol and its meaning if you would like to learn more about it:

B‘alam, The Mayan Symbol of Strength

B’alam/balam was the logogram used to define a jaguar in Mayan glyphs. Mayans believed that the Jaguar was the god of the underworld and it symbolized the night and day and controlled these celestial forces.

Representing ferocity, leadership and confidence, jaguar was the symbol of strength in Mayan culture. 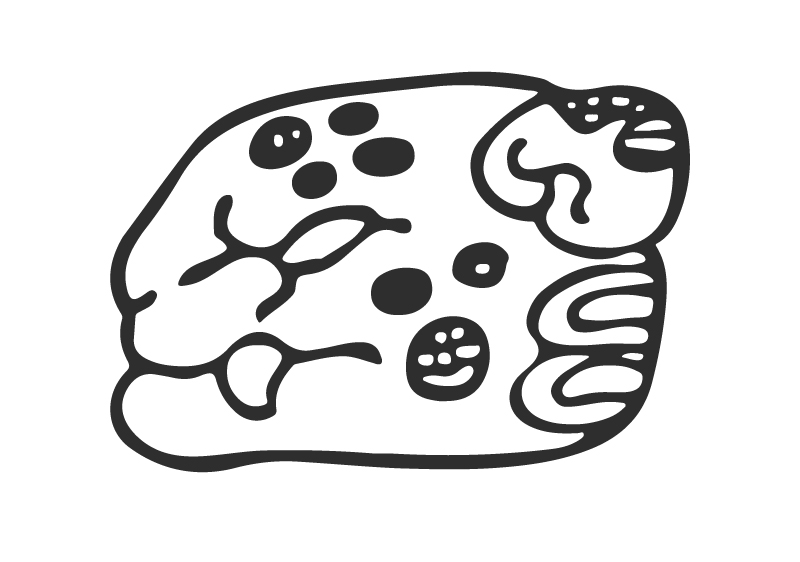 At this point, it should also be noted that the word jaguar, which originated from Native American culture, actually means “the one that can kill with one blow”, another testament to the power of the beast.

Like in several other cultures throughout the world, Aztec people also believed that the eagle represented strength. That is why an Aztec eagle would be drawn on warriors who completed their training and proved themselves in terms of valor, courage and strength. 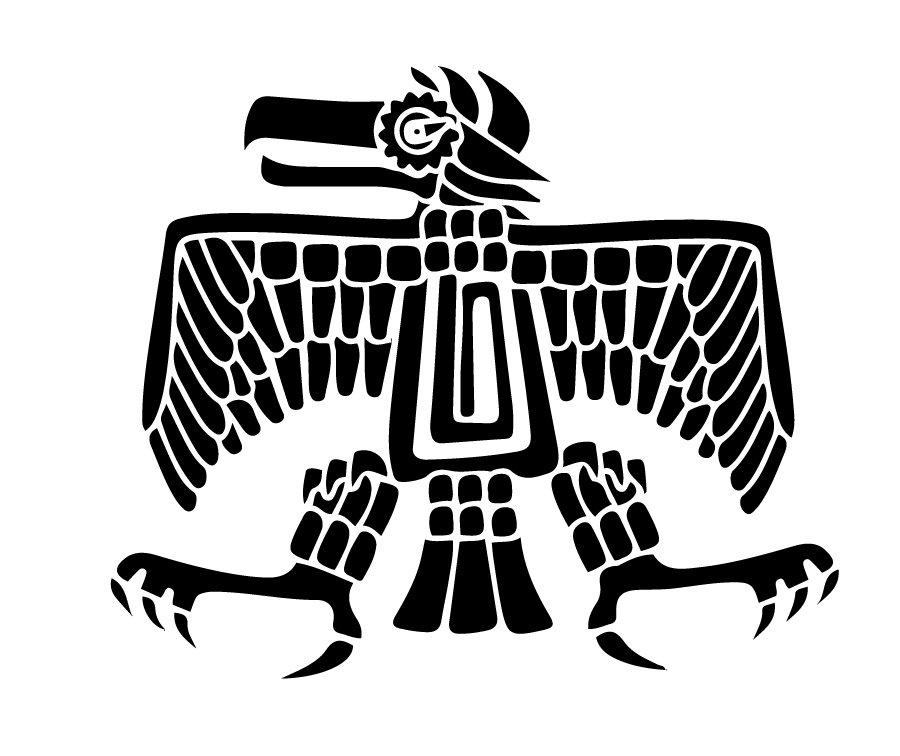 Ailm is one of the symbols of strength in Celtic culture. The word ailm means “conifer/silver fir” and fir trees are evergreen plants that survive any kind of adversity and keep growing. That is the reason why ailm was a symbol of resilience and strength for the Celts. 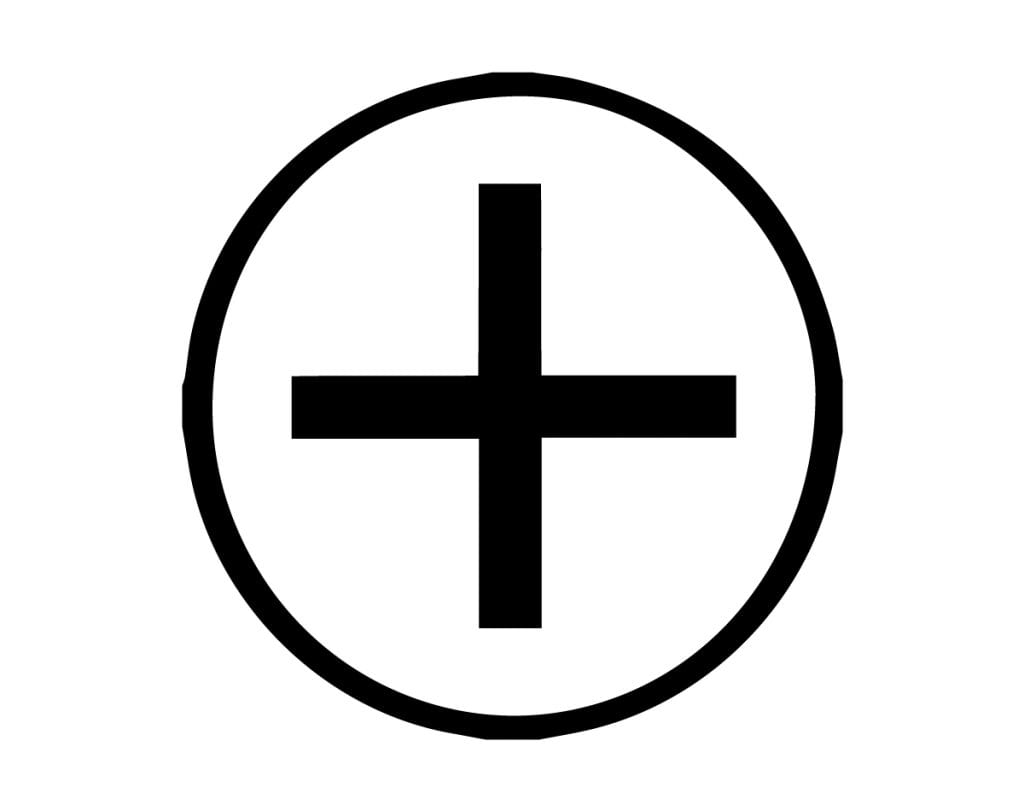 Also known as the triple spiral, triskelion/triskele is another one of Celtic symbols for strength.

Triskelion has been/is drawn as three legs that look like they are running or three wheels that are always turning and moving forward. 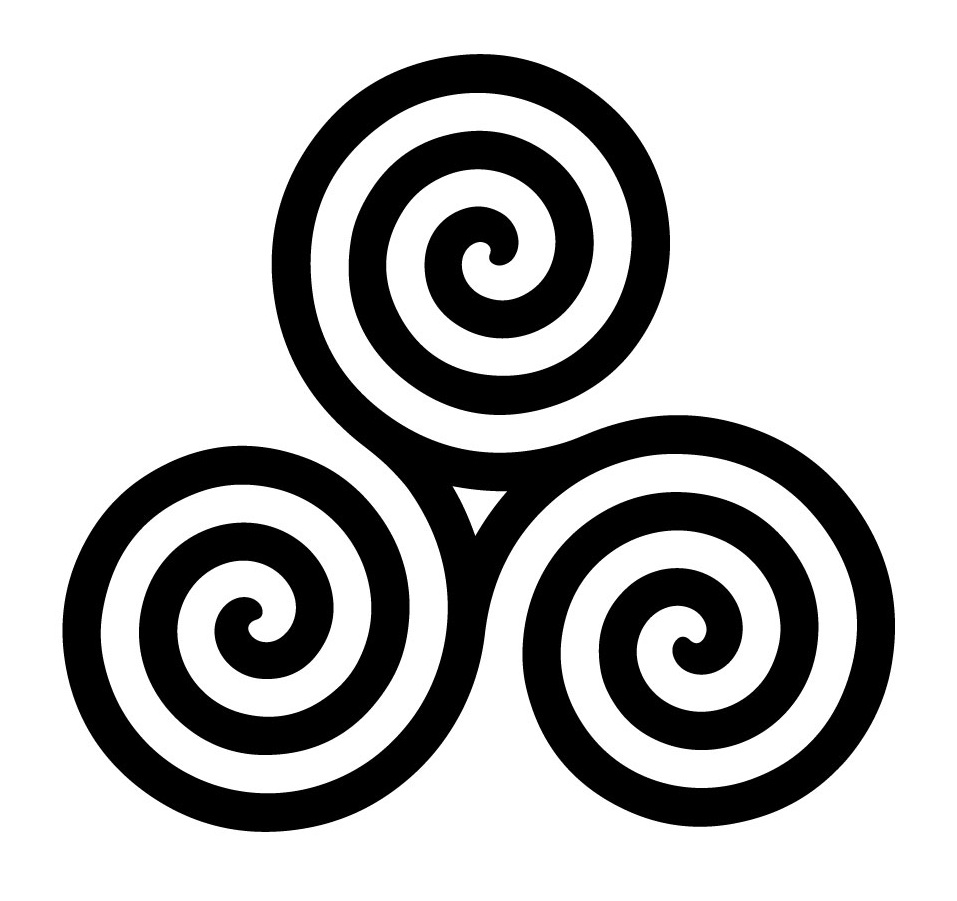 In this sense, triskelion represents the will and strength to move forward in spite of all the adversities one might face.

Check out the detailed post about triskelion symbol if you would like to learn more about the Celtic symbol of strength:

Some animals were of special importance to the Celtic people and wild boar was surely one of those.

Wild boars are frightening, dangerous and formidable creatures and they were considered as a symbol of strength, courage and fertility by the Celts. 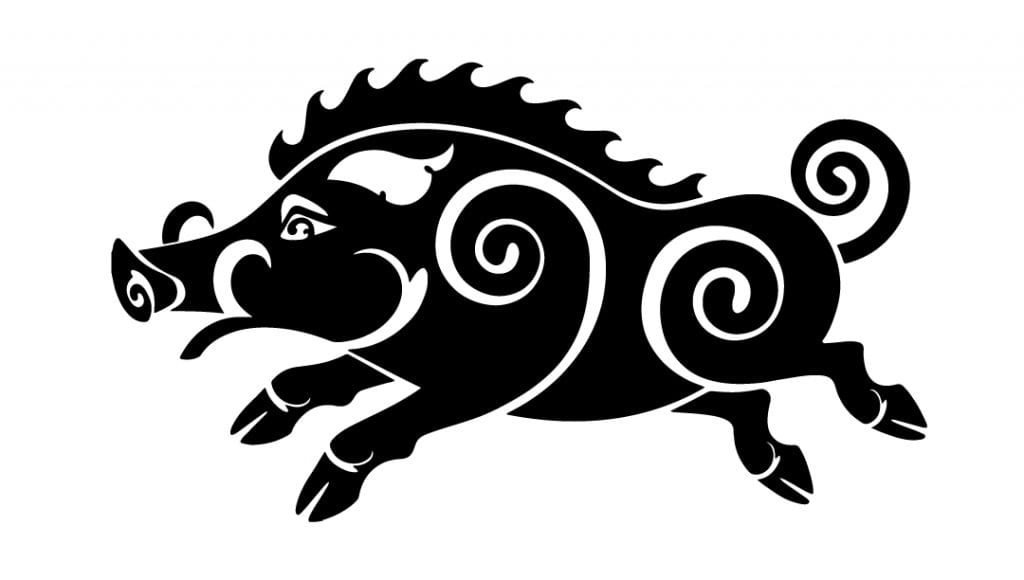 Similar to the wild boar, the Celtic Bull was also used as the symbol of strength, virility, fertility and will by the Celts. 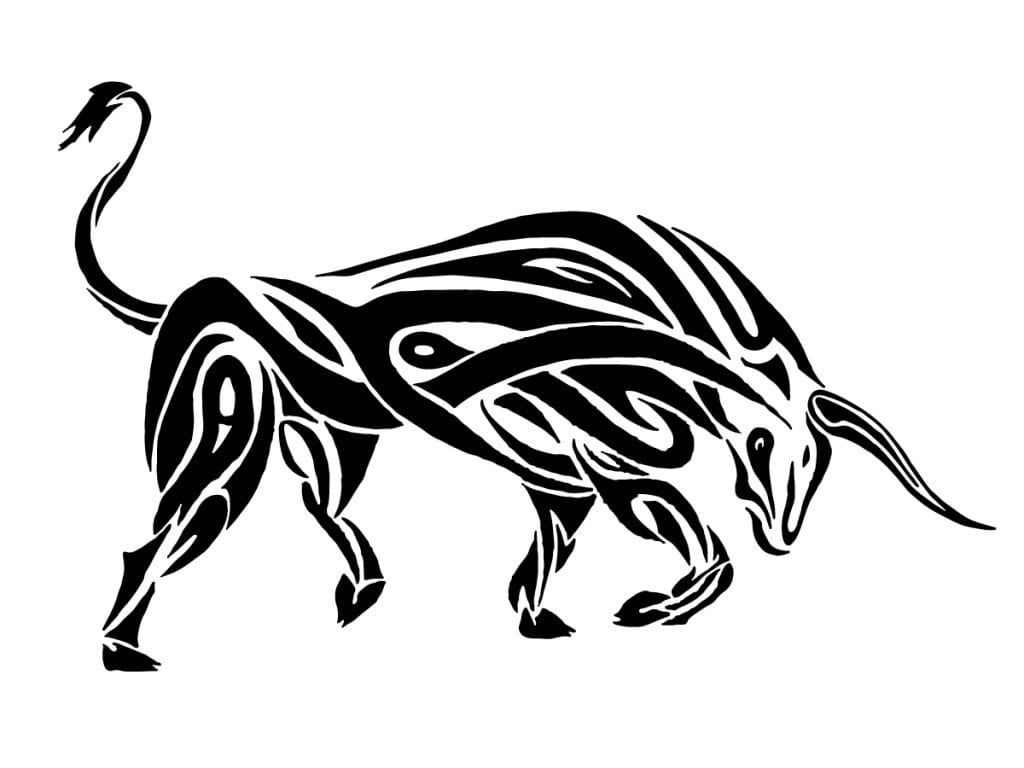 Read our post, Celtic Symbols and Their Meanings, to learn more about the most prominent Celtic symbols.

Meaning “the talons of the eagle”, okodee mmowere is an Adinkra symbol that represents courage, power and strength.

Just like in Aztec culture, eagles were of significant importance for the Akan people as well. They believed the strongest bird in the sky had its power concentrated on its talons. That is why okodee mmowere is considered a symbol for strength among the Akans. 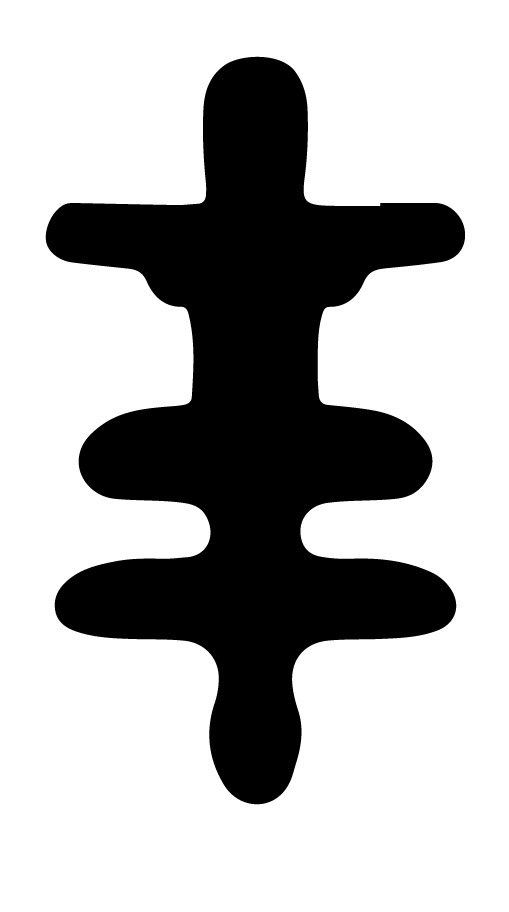 As another Adinkra symbol, pempamsie, which looks like the links of a chain, is considered to be the “symbol of strength that comes with unity”. 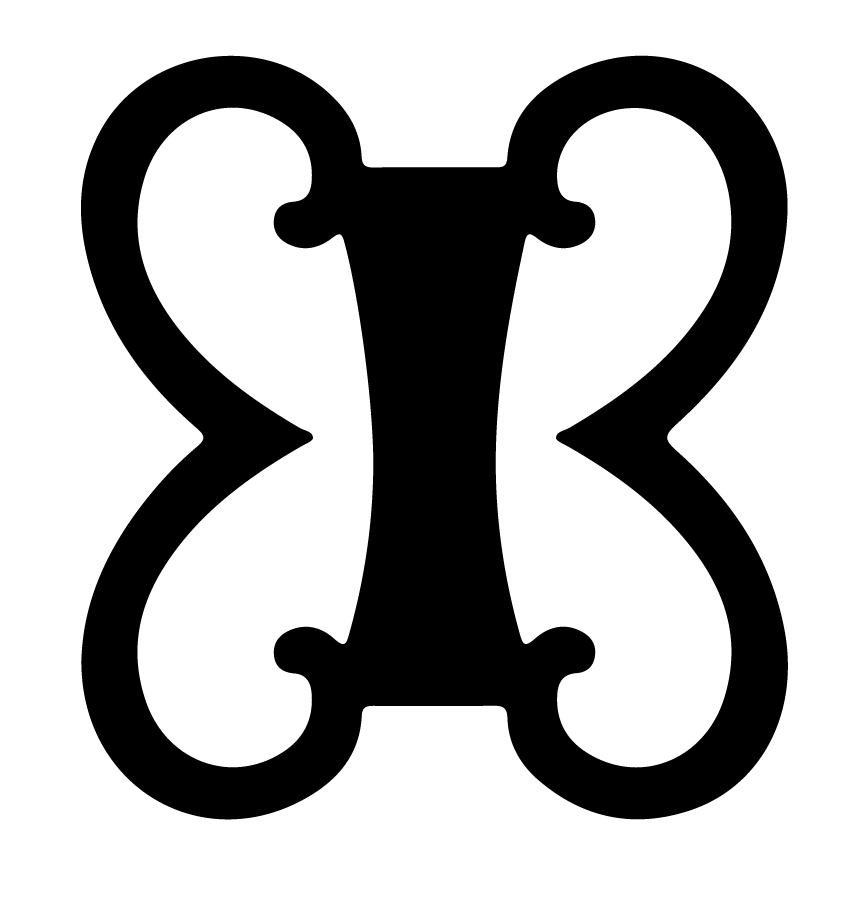 Very similar to pempamsie, nkonsonkonson (meaning “chain links”) is another Adinkra symbol that represents the strength in unity. 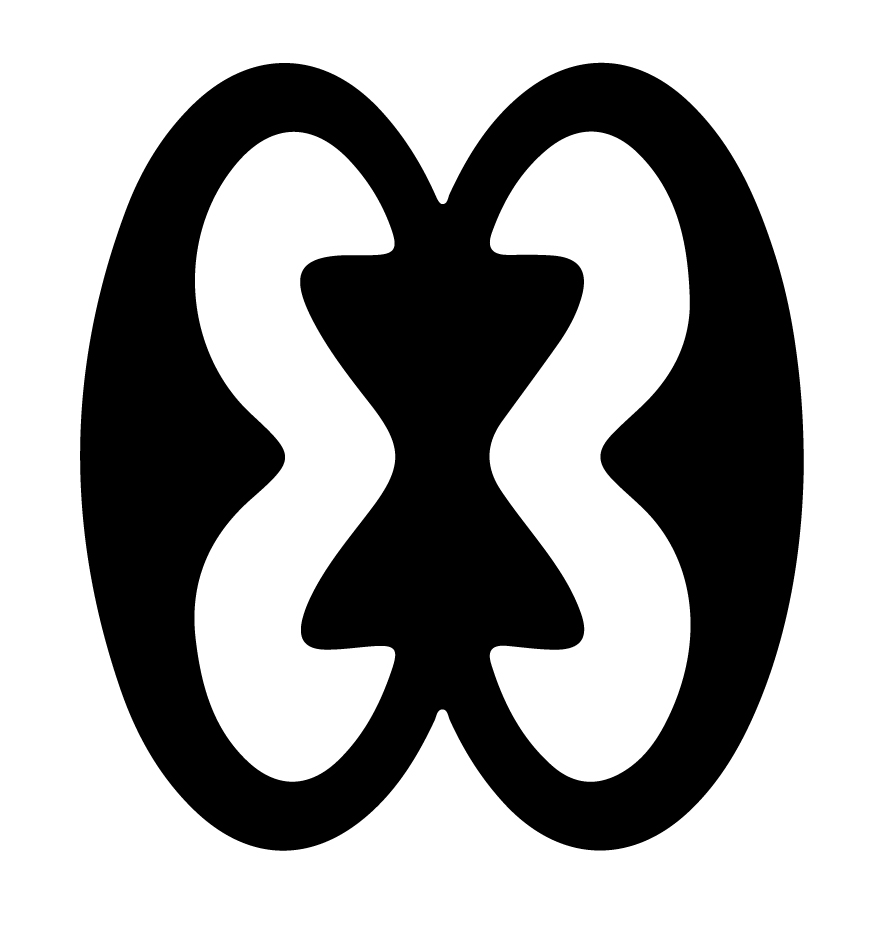 Considered sacred by Druids, the oak trees were of special importance to the Celts.

Oak trees are known for their endurance in adverse conditions while oak wood has been being used to build furniture, boats and houses owing to its strength. 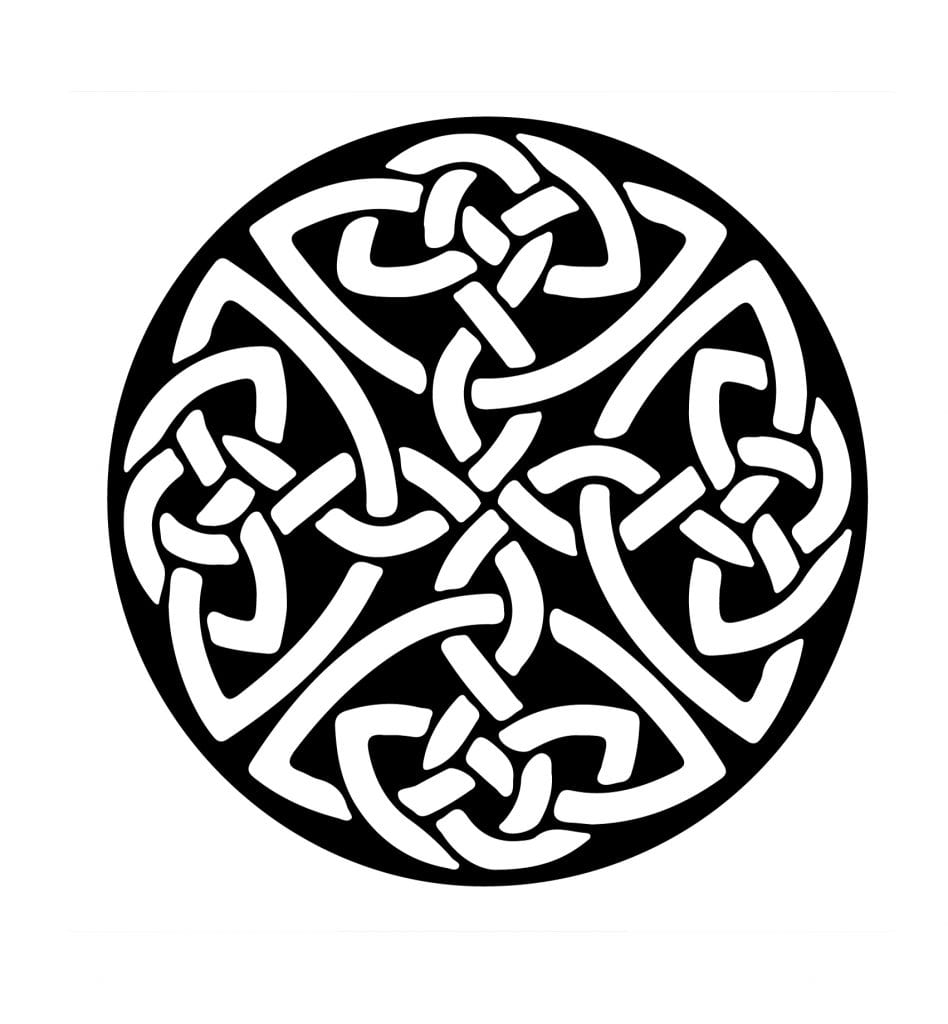 The word “dara” is derived from the Irish word “doire” meaning “oak tree”. That is the reason why Dara Celtic knots featuring the roots of the oak tree is considered as a symbol for strength in Celtic culture.

As one of the most significant ancient Egyptian symbols, the scarab beetle represents the physical strength, fertility and vitality of a person’s body as well as immortality, longevity and resurrection. 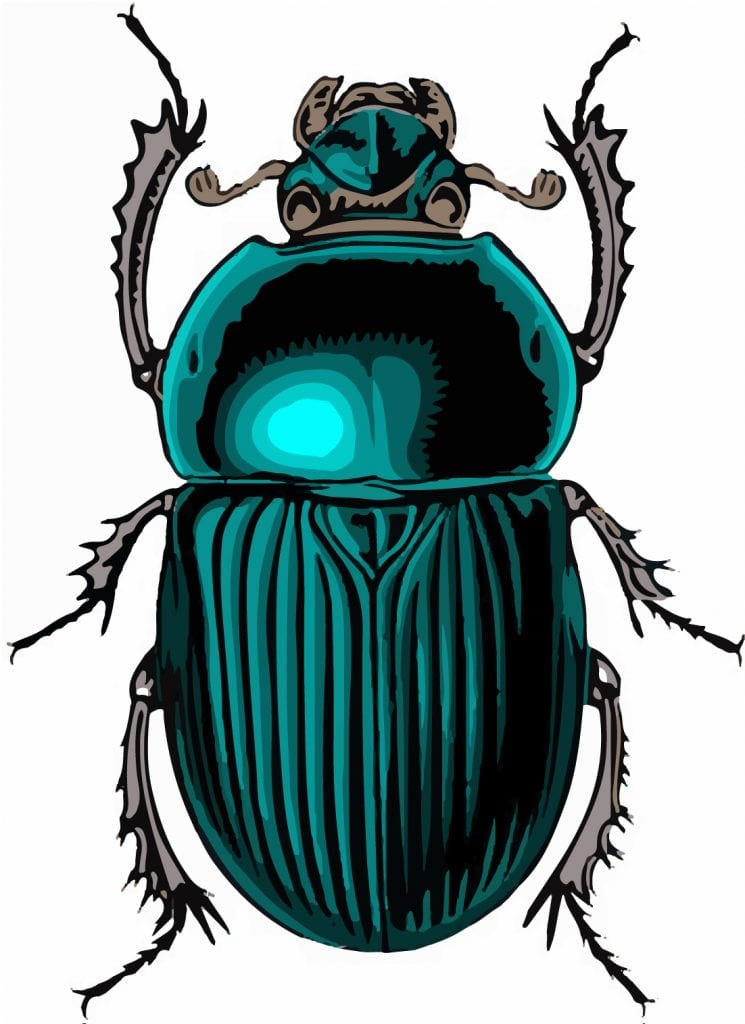 Another ancient Egyptian symbol, the Djed Pillar, which was inspired by the human backbone and later came to be known as the backbone of Osiris, also represented strength (and stability) for Egyptians. 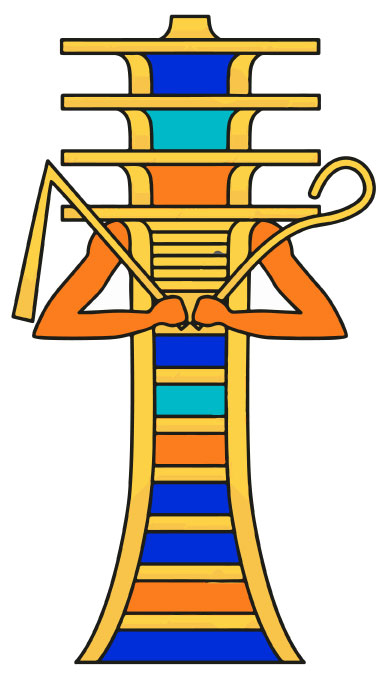 Lotus flower is a symbol of strength and perseverance in Buddhism. Coming into existence in a dark, muddy environment under water, the lotus flower keeps growing in very difficult conditions until it reaches the surface and opens up its petals to the sun becoming a mesmerizing beauty. 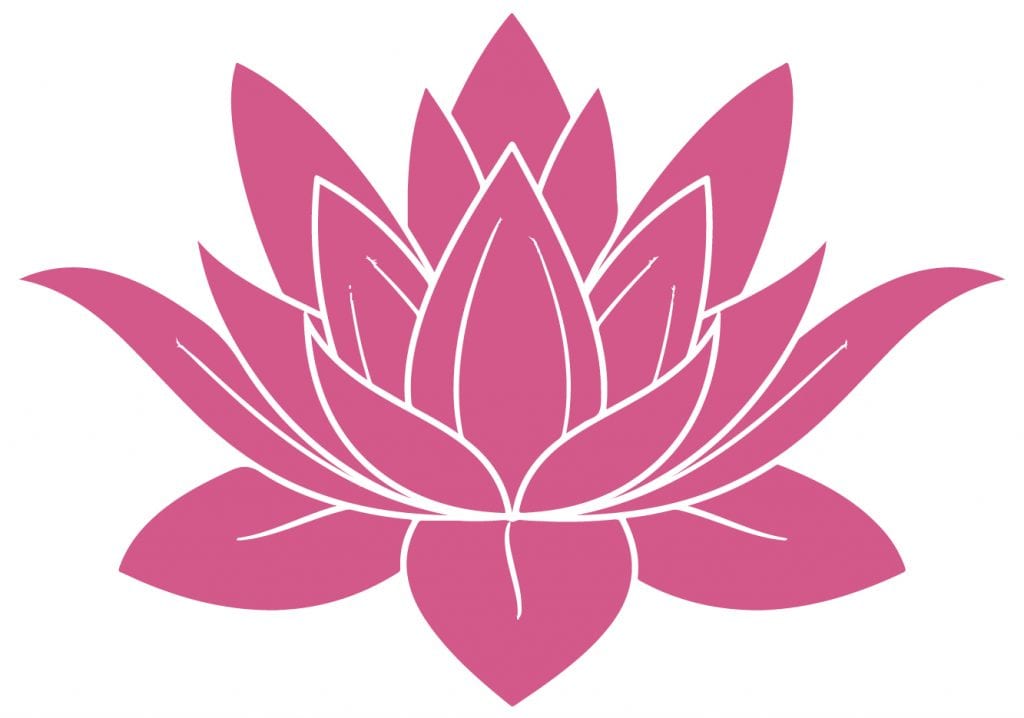 The resilience of the lotus flower is the reason why it is considered as a symbol of inner strength and courage shown in the face of difficulties.

For a detailed look into lotus flower, you can read our extensive post below:

As the mythical creature behind the phrase “rising from the ashes”, the Phoenix is a symbol of strength and resilience throughout the world.

The Phoenix is a legendary bird that dies in flames and resurrects arising from the ashes of the same fire it died in. 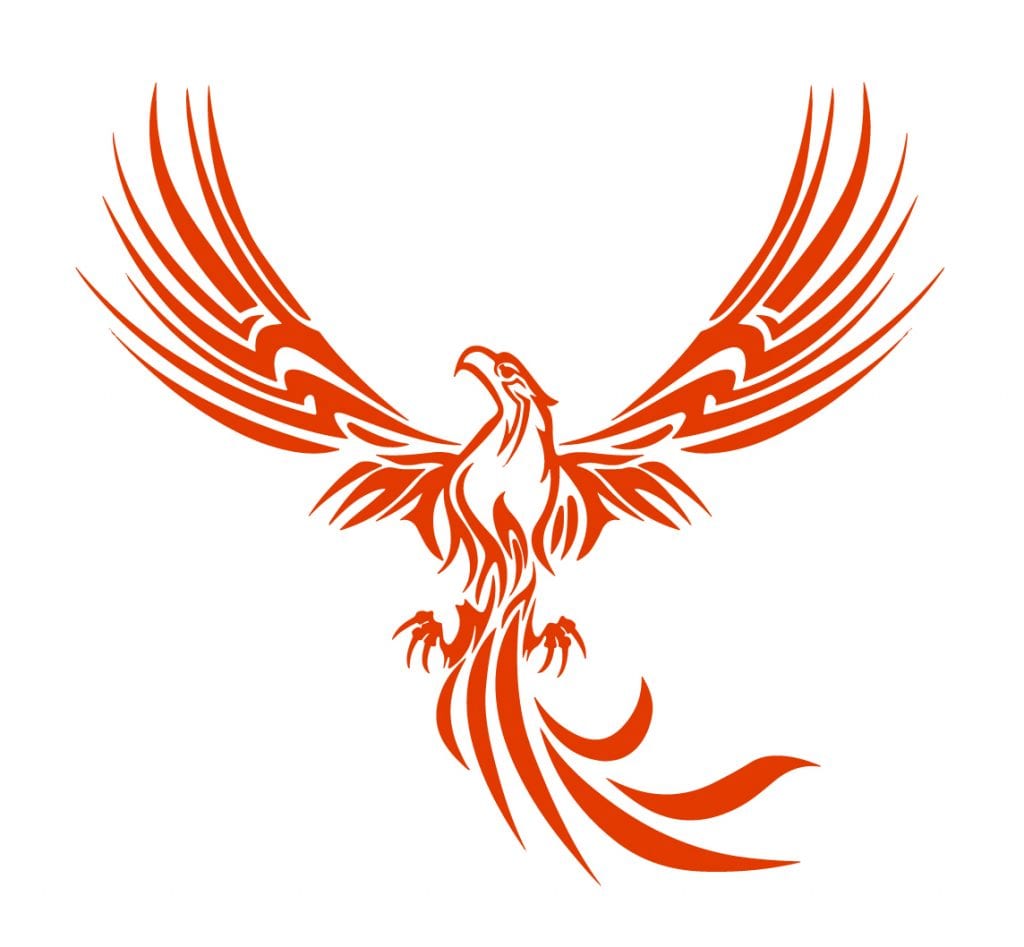 Although this process of resurrection was the usual course of things for the Phoenix as told in the myths, the fact that it survived fire and started a new life made it the symbol of strength to persevere through adverse conditions.

The word uruz was derived from aurochs, the mighty wild European oxen of massive size (which is believed to be between a bison and a mammoth) which have now become extinct. 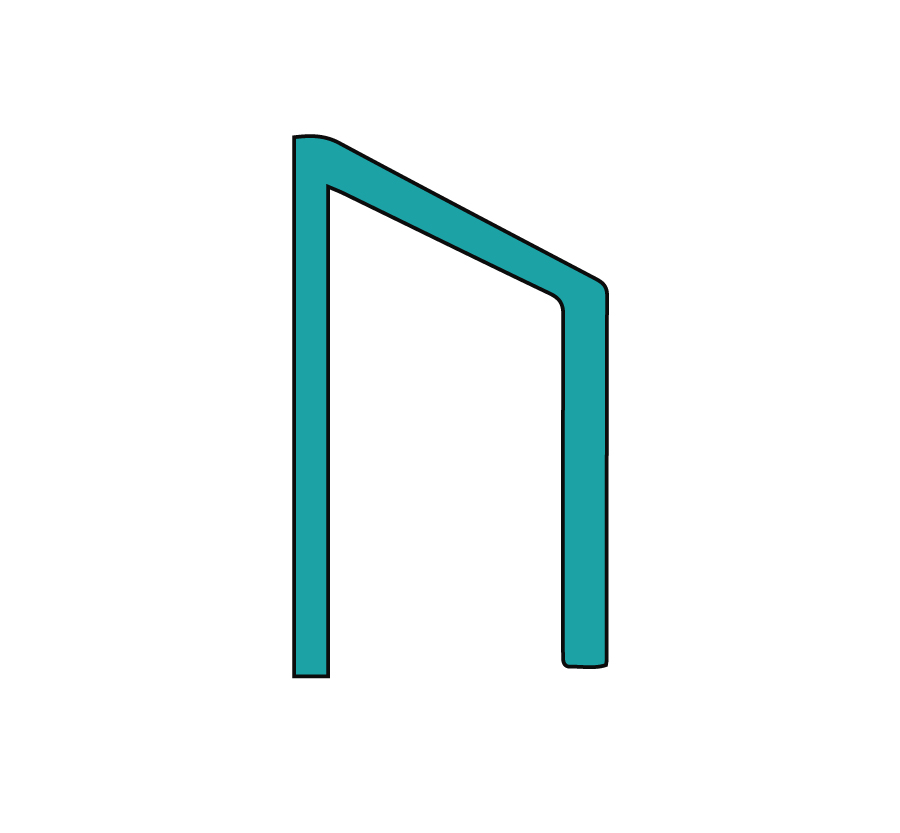 “The Han character (Kanji symbol)” representing strength is as follows: 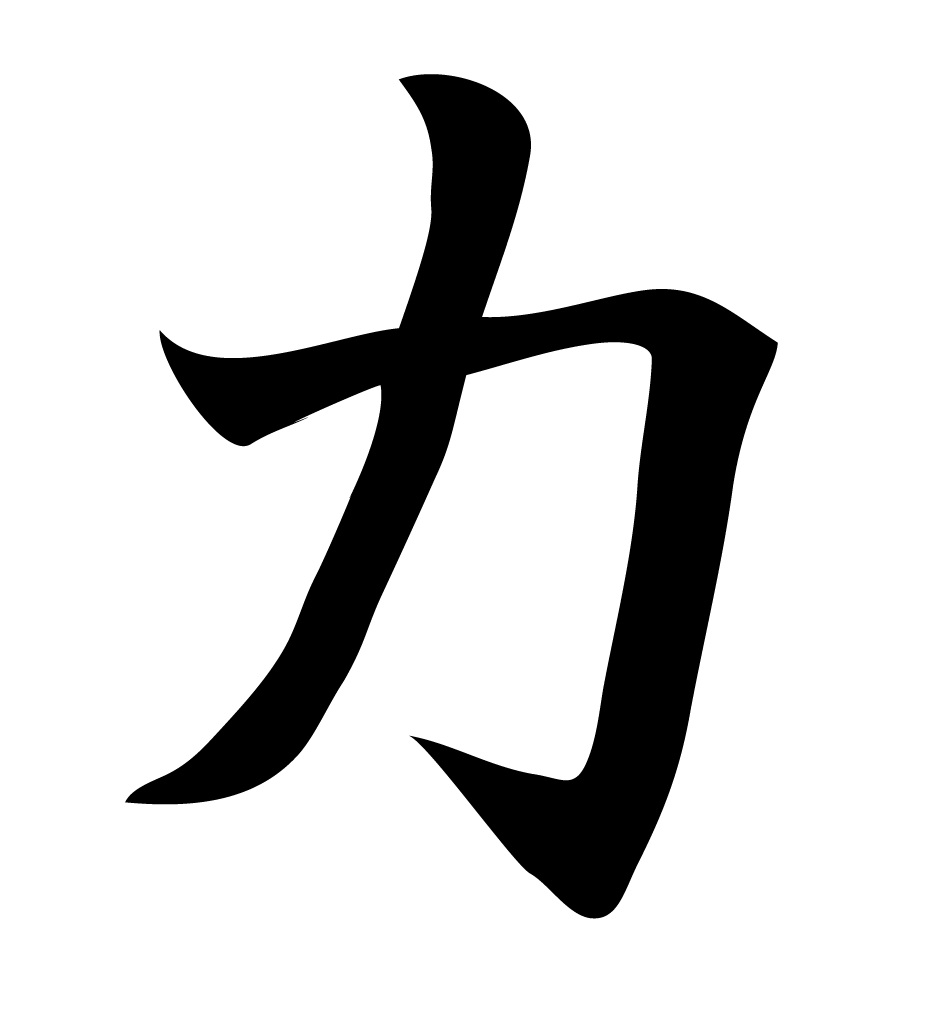 Griffins are mythological creatures mentioned in several legends throughout the world. 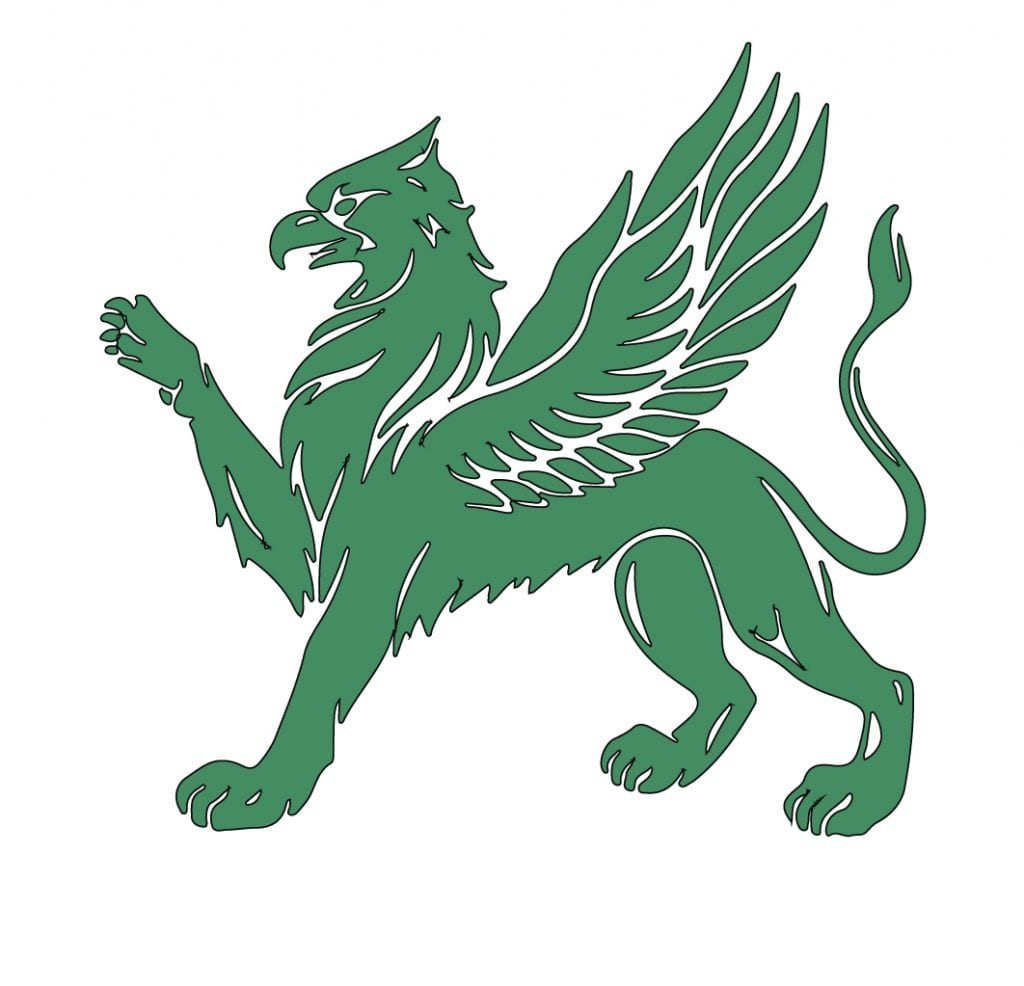 The creatures with a lion’s body, an eagle’s wings and head and horse-like ears were believed to be quite strong and wise. That is why they are considered the symbol of wisdom and strength.

You liked our article on symbols of strength and their meanings? Please share it on social media, many thanks!