Werewolves are mythological creatures with features of both humans and wolves. According to the myths, they have human looks but they can transform into werewolves whenever they want or sometimes when they are forced as a result of the curse of lycanthropy.

Many aspects of the story of werewolves have been changed during its adaptation to popular culture. For example, on the contrary to the common belief, the phenomenon of transforming into a werewolf is not caused by an original werewolf’s bite. It is either caused by being voluntarily subjected to magic and getting the ability to shapeshift into a werewolf or by being cursed.

Another contradicting issue with the popular belief is that silver bullets or weapons can kill werewolves but such things have never been mentioned in the original stories of werewolves.

On the other hand, being subjected to transformation during full moon has actually been mentioned many times in the ancient folklore regarding lycanthropes. Examples can be given from the works of Greek author Petronius and the British middle-age writer Gervase of Tilbury.

Werewolves are believed to be from Europe originally, however, there are many tales about them throughout the world, particularly in Native American culture.

According to the folklore, they have incredible power and speed exceeding the capability of both humans and wolves. 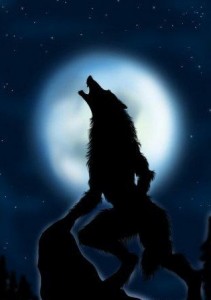 Sometimes in mythology or in religious texts lycanthropy is mentioned as a form of punishment by Gods. Lycaon, who has been transformed into a wolf by the king of the Gods, Zeus for serving the flesh of one of his own sons to the Gods is one of the examples. People, who were excommunicated from religion by the Roman Catholic Church, have also been rumored to be cursed and transform into werewolves. Throughout the history people who voluntarily became werewolves were considered to be on the Devil’s side and they have gained the ability by making an agreement with him.

According to classical lycanthrope literature before 19th century, werewolves are not vulnerable to silver bullets or silver weapons of any kind and they are not also affected by holy water or a crucifix.

People of Ancient Greece and Rome believed that the way to lift the curse of lycanthropy is about physically exhausting the person whereas European people in the middle-age believed that curse of lycanthropy can be lifted in three ways. Some people used wolfsbane to cure the alleged werewolves whereas some people suggested it can be lifted by a surgical operation and some people practiced exorcism on people who were cursed. Also, converting the person in question to Christianity was rumored to lift to curse.