You are here: Home / Archives for Great Heathen Army 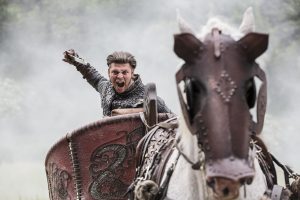 Ivar the Boneless (Inwaer/Ingvar/Hyngwar) was one of the greatest leaders of Vikings and the legendary commander of the Great Heathen Army. He was the third son of Ragnar Lothbrok (and Aslaug) after Eirik and Agnar (Ragnar’s sons from Thora Townhart). Ivar had four younger brothers; Bjorn Ironside, Halfdan Ragnarsson (assumed to be Hvitserk), Ubbe and Sigurd […]