The Vegvisir, also known as the runic compass or the Viking compass/Nordic compass made of eight Viking rune staves, is a symbol of protection and guidance believed to be used as a compass by Vikings. The word vegvisir means ‘wayfinder’ and ‘sign post’ in Icelandic language.

Although it is commonly known as the Viking compass and associated by some people with the voyages Vikings made around the World during the Viking Age, there is quite a bit of a debate regarding the origin of the Vegvisir.

There are two sources mentioning the Vegvisir: the Huld Manuscript compiled by Geir Vigfusson in 1880 and The Galdrabok, another manuscript which is essentially a grimoire – ‘a textbook for magic’. 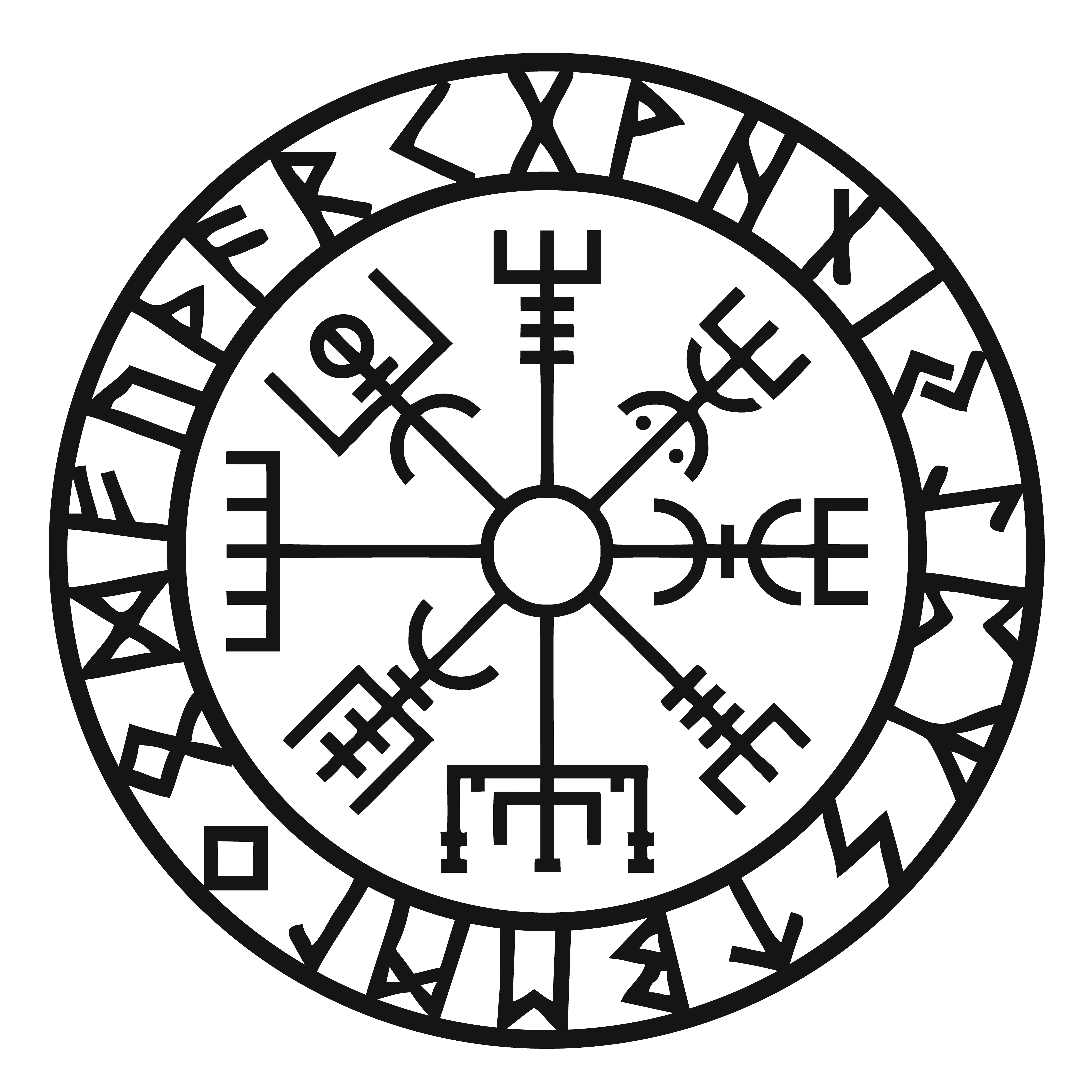 In the Huld Manuscript, the Vegvisir is mentioned as a symbol of guidance and protection merely in a sentence that translates to something along the lines of “the wearer of this symbol will not lose his way during storms and bad weather, even if he does not know of his destination”.

The Huld Manuscript is a document brought together almost ten centuries after the Viking Age and, although some parts of the manuscript might be based on real knowledge of Norse people and their beliefs, it is better to be cautious and not take anything in it literally without doing any other research.

Some parts of the knowledge in the manuscript in question is inspired by folk traditions and the one regarding the Vegvisir might be one of those parts according to the experts.

The second source mentioning Vegvisir, the Galdrabok, is a grimoire, a book of spells which details randomly-compiled spells and provides knowledge about magic, the Germanic gods of the time and cosmology. 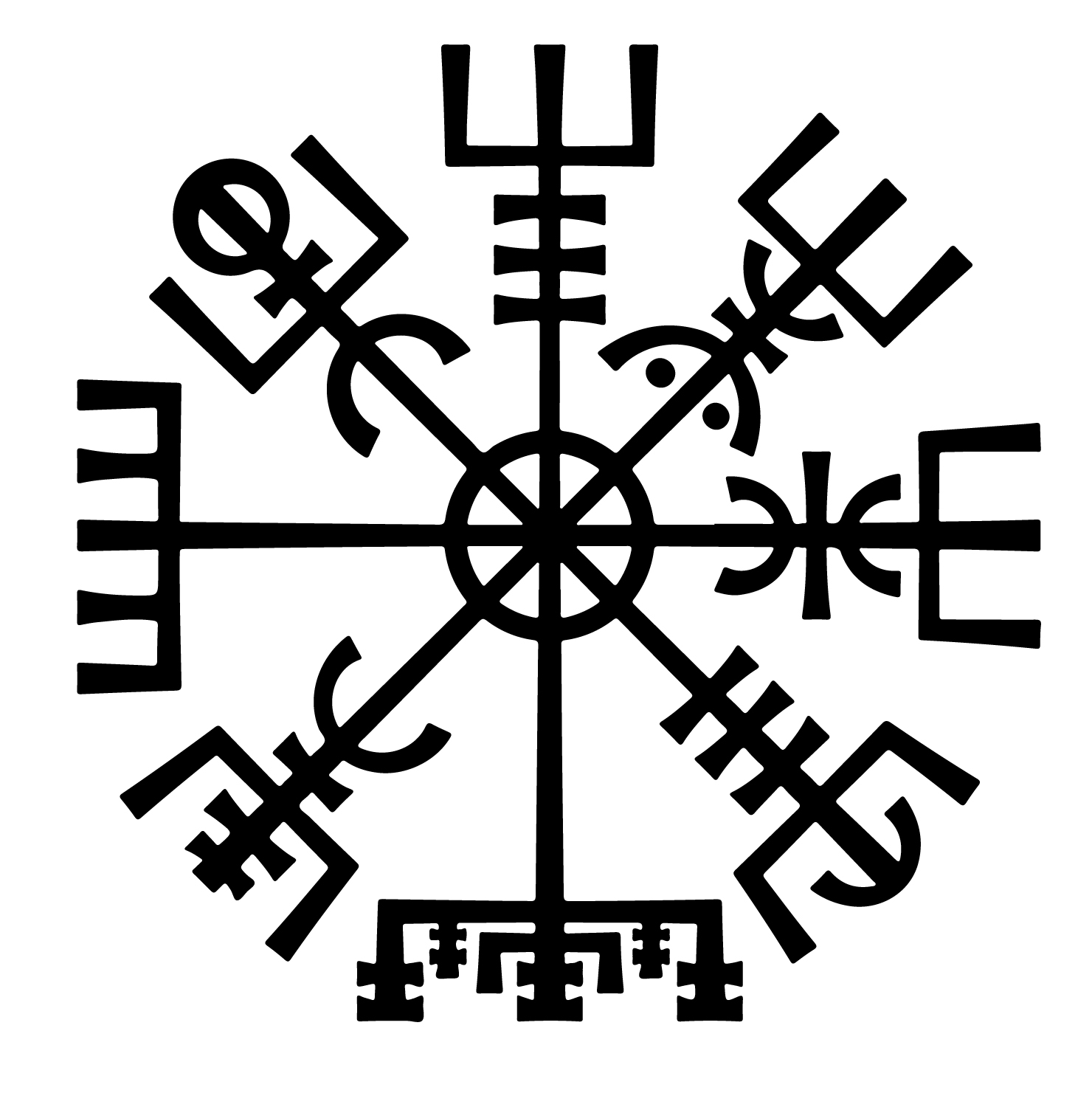 In the Galdrabok, it is written that this symbol would help its wearer to not get lost and find their way back. According to the Galdrabok, to provide guidance and protection, the Vegvisir should be drawn in blood on a person’s forehead – just like the Viking symbol of protection, the Aegishjalmur, the Helm of Awe would sometimes be.

Many people confuse the Vegvisir with Aegishjalmr, the helm of awe and terror although the two symbols are quite different from each other. If you would like to read more about Aegishjalmr, check out our post below:

[irp posts=”2925″ name=”Aegishjalmr/Aegishjalmur, The Helm of Awe Symbol and Its Meaning”]

The Vegvisir as The Nordic Viking Compass/Runic Compass

Although there is no certain knowledge of the Vegvisir’s origins and when it was used the first time, some people believe the symbol was used for navigational purposes by the Vikings.

Archeological findings revealed that the Vikings used a ‘sunstone’, a sun compass of sorts while they sailed around the world from North America to Far East.

While the said sun compass does not look anything like the Vegvisir and/or have such markings on it, it might be the inspiration behind the symbol according to some experts.

It is believed that the eight Viking rune staves comprising the Vegvisir could be representing the cardinal (North, South, West, East) and intercardinal directions (Northwest, Northeast, Southwest, Southeast).

Some people believe that a nail placed right in the middle of the Vegvisir would tell of directions (through its shadow’s position at certain times of day) and help the Vikings navigate the seas.

On a side note, in some legends, it is mentioned that the Vegvisir/the Nordic compass would be drawn on Viking ships to help them find their way back and come back home safely.

Today, the Vegvisir is used as symbol of Icelandic culture while people of Asatru faith also use it to identify themselves and as a symbol of spiritual guidance.

If you would like to read more about Nordic/Viking symbols, here is our extensive post about them:

If you liked our article about the Vegvisir, please share it on social media, many thanks.