Many cultures throughout the world have created their own legends, myths and sometimes very unique mythical creatures. Jackalopes are just a fine example for those.

What Is A Jackalope?

Comprised of the parts of words “jackrabbit” and “antelope”, jackalope is a portmanteau word describing a creature with a rabbit’s body and an antelope’s antlers/horns (“Portmanteau” means a blend of two different words).

Jackalopes are also known as “warrior rabbits” as they are (supposedly) fierce and aggressive creatures. They are also known to be much larger than the usual jackrabbits.

On a side note, another legend has it that the milk of a female jackalope has amazing healing powers and can cure most diseases. Some versions of the story even suggests it is a very powerful aphrodisiac.

The Origins of the Jackalope Legend

According to one of the most common beliefs, the origin of the jackalope legend goes back to 19th century when a trapper claimed that he trapped “the rabbit with horns/antlers“.

Another story, a more common one at that, features the Herrick brothers, Douglas and Ralph Herrick, two taxidermy enthusiasts from Wyoming. The Herrick brothers kind of “invented” the jackalope, quite accidentally we should add.

After a day of hunting jackrabbits, the Herrick brothers came home and threw the carcasses in the taxidermy store near some deer antlers. After seeing what a rabbit’s head next to antlers look like, the brothers decided to mount the antlers on a rabbit’s head.

Later, they sold the first jackalope head they created to Roy Ball who hung it on the wall of his La Bonte Hotel in Douglas, Wyoming. Jackalopes became more of a tourist attraction and a symbol for Douglas with time. So much so that, they even built a jackalope statue in the city. After it was destroyed because of an accident, they build it again and placed it in what is called the Jackalope Square today. 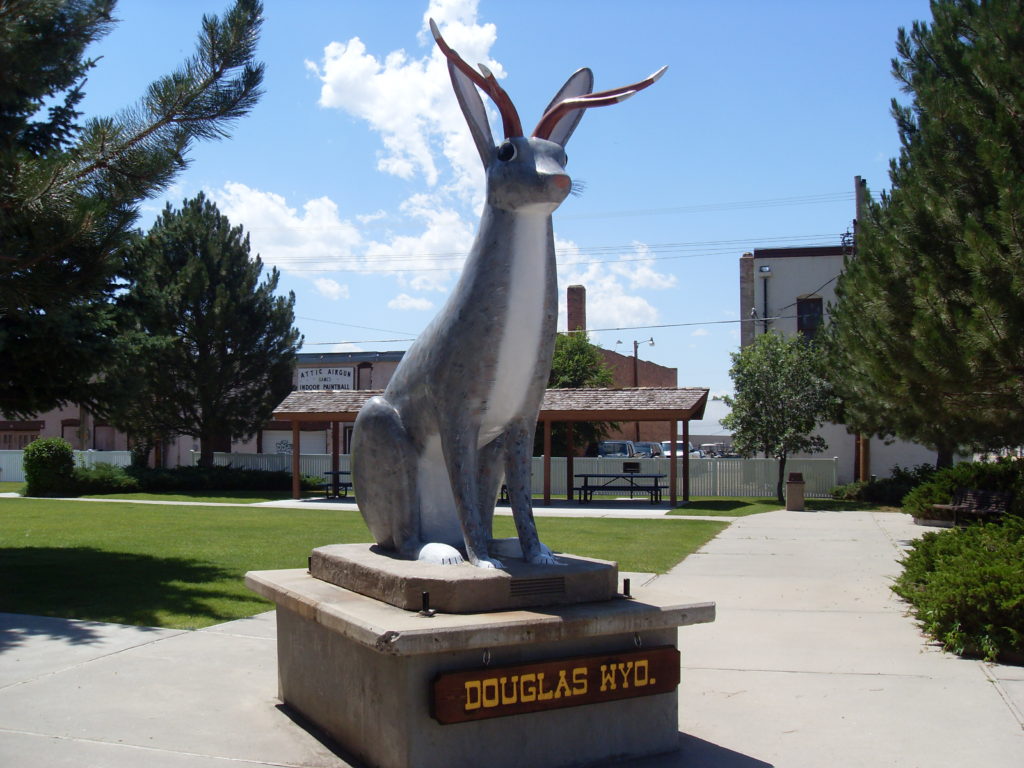 The Douglas Chamber of Commerce has been issuing jackalope hunting licenses for a long time on the condition that the hunters can hunt jackalopes only on June 31 between midnight and 2 a.m.

D.Herrick is known to have created and sold more than a 1000 jackalope heads before giving it up while his brother carried on the work.

Are These The Only Origin Stories For Jackalopes ?

No they are not. It is a well-known fact that many cultures have all kinds of mythical creatures some of which are hybrids. Unicorns are a good example for these. Jackalopes, or more accurately, creatures similar to jackalopes were mentioned in other cultures long before the Herrick brothers turned them into a business venture.

A Persian painting of 13th century features a rabbit with a horn which is probably Al-mi’raj, the mythical single-horned rabbit that lived on the legendary island of Jezîrat al-Tennyn (The Sea-Serpent Island). You can read about Al-mi’raj and many other mythical creatures in our post below:

Another myth that resembles a creature like a jackalope features the wolpertinger, a mythical creature which has fangs and wings as well as the head of a rabbit, the antlers of a deer and the body of a squirrel.

Whether or not these two mythical creatures inspired the legend of jackalopes is unknown. 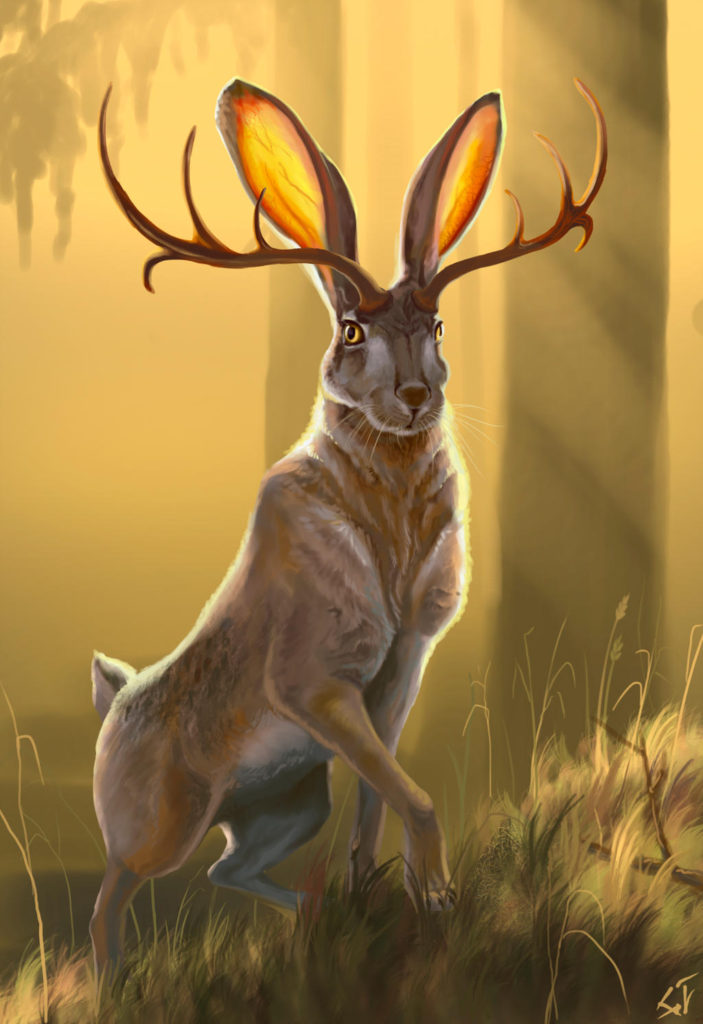 Image Credit: Into The Bear, DeviantArt

Like many other mythological creatures, there is no concrete evidence suggesting that jackalopes are real. How you will interpret this is kind of up to you.

Might there have been a horned rabbit, a hybrid looking like a jackalope in the history of this planet? It surely is possible. Can you track them if you go to Douglas, Wyoming? We are not so sure, especially not in the two hours you are permitted to do that 🙂