The wendigo is a mythical creature from Native American, Algonquian folklore which is believed to roam in the forests of the Great Lakes Region and the Atlantic Coast of both Canada and United States.

The word ‘wendigo’ means ‘evil spirit that eats humans’ according to some interpretations while it might simply mean ‘cannibal’ according to others.

Although the creature was firstly described as a demonic entity or an evil spirit of no physical form in early Native American folklore, wendigo became to be known as a beast with time.

According to Ojibwe folklore, wendigoes/wendigoag are giant creatures with a slender body (taller than 14 feet/4.5 meters). The reason behind why they look so slim but also so big was explained with the most famous trait of the creature: never-ending hunger for human flesh. 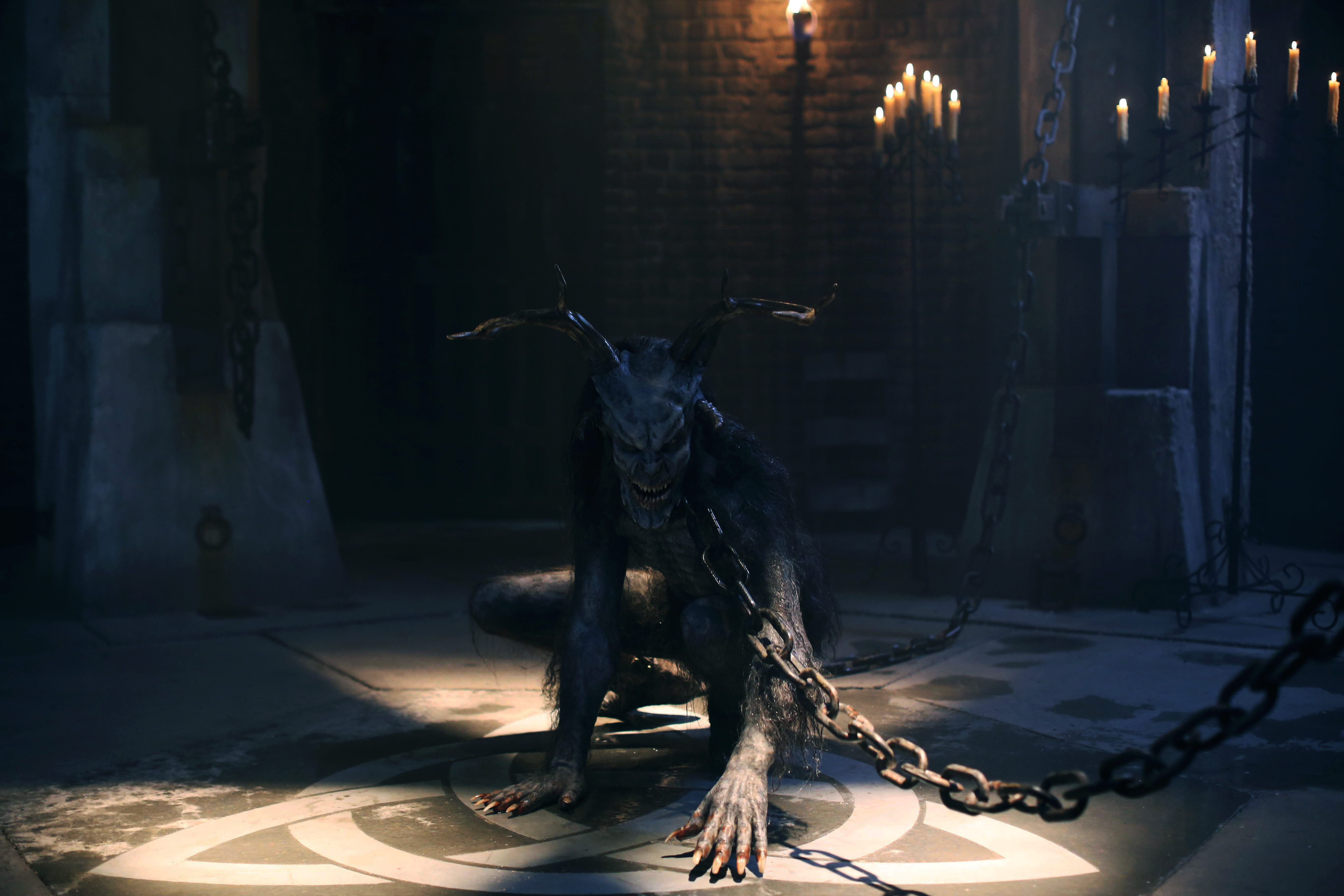 Wendigoes are creatures of insatiable greed and that is why they never stop, or more accurately, they can never stop looking for their next victim.

Some versions of the legend suggested that wendigoes had a skin covered in hair while some said that they looked like zombies and decaying flesh would fall off their bodies.

The creature had a stag’s skull for a head according to some of the relevant folklore. Other prominent features were that it had glowing eyes, a long tongue and yellow fangs.

Wendigo Curse – How Does a Person Become a Wendigo?

According to the myths, there are two ways of turning into a wendigo; being in contact with a wendigo for a long period of time and consuming human flesh. 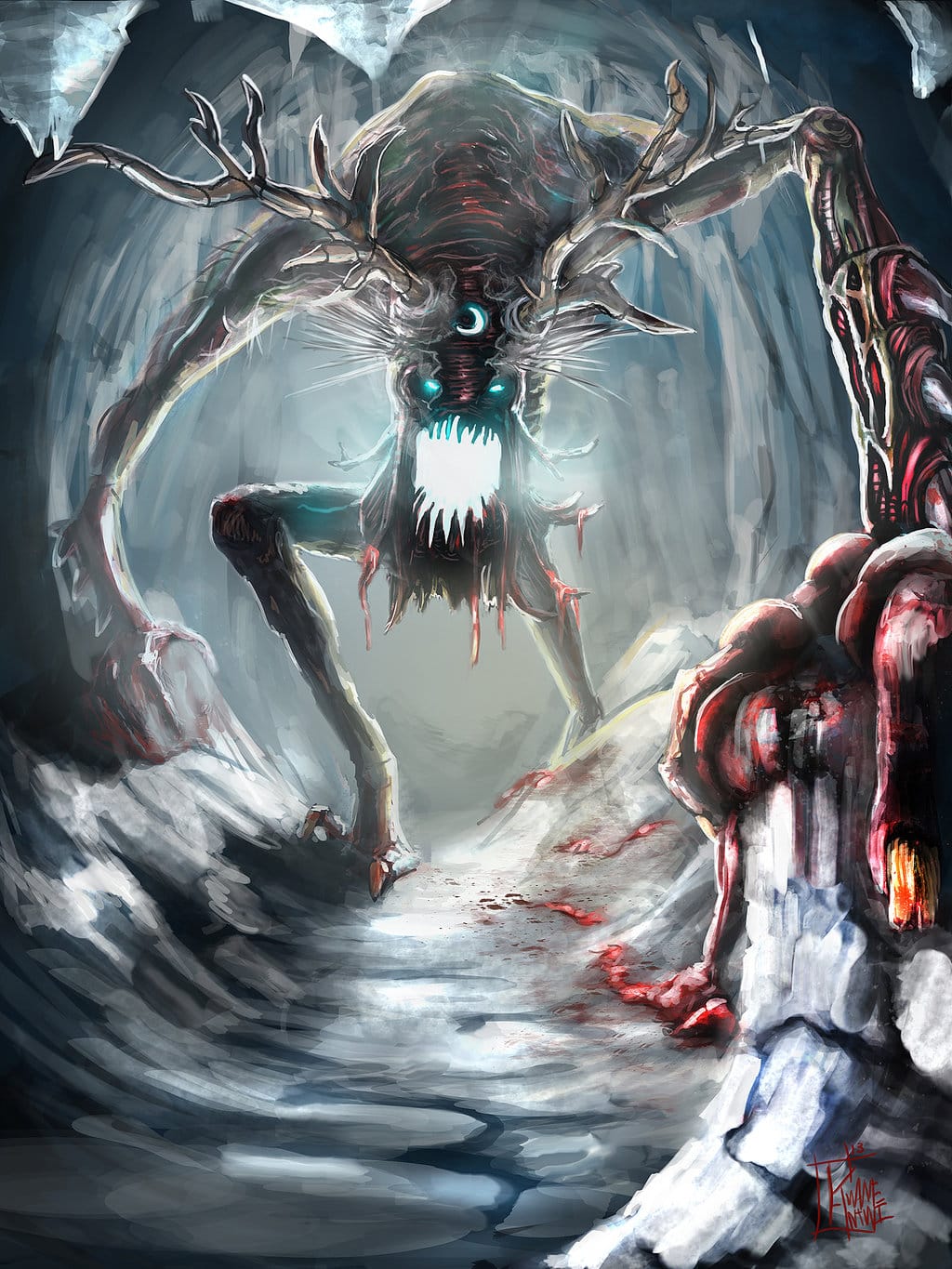 Native Americans believed that eating human flesh, even if it is to survive harsh winter conditions, turns one into a wendigo.

On a side note, another version of the myth suggests that humans who are extremely greedy can turn into wendigoes themselves.

Abilities of a Wendigo

Wendigoes are exceptionally strong, immune to harsh weather conditions and have heightened senses which makes them excellent hunters.

They can heal their bodies and regenerate when they are wounded.

In addition to that, they are known to be able to mimic a person’s voice.

Some legends suggested that a wendigo would slowly drive its victim mad and it would start luring the victim away by releasing an odor that only he can smell. Then the victim would lose sleep and have nightmares driven to madness day by day. 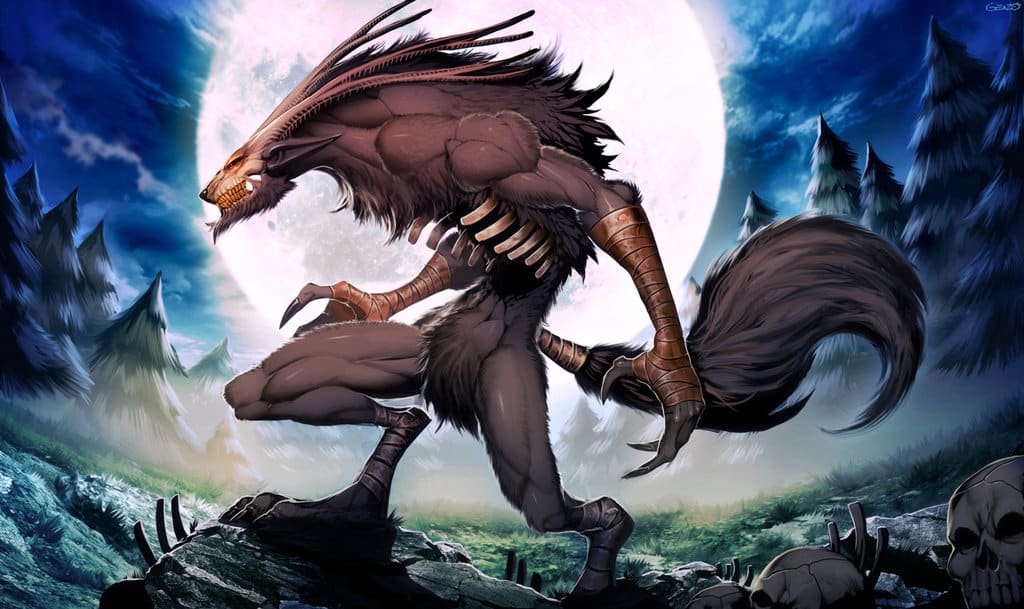 Wendigoes can also manipulate/control other creatures of the forest and make them attack their victims.

It is believed that a wendigo becomes stronger as it gets older.

Probably as the most interesting one among their abilities, wendigoes are also known to be able to control weather and call upon darkness during daytime as they grow older and stronger.

Can a Person Be Saved from the Wendigo Curse?

Well, there are two different opinions regarding a cure for people who turned into wendigoes.

It is believed that the human being that turned into a wendigo remains inside it, around the heart area of the creature which now might have become 14 feet tall or more.

That said, although very rarely, there were some stories that told the person under the curse was saved while the wendigo was killed.

Protection from a Wendigo

People of Assiniboine, Ojibwe, and Cree tribes performed a ceremonial dance featuring wendigoes to ward off the evil spirits, underline the importance of solidarity and cooperation between people during harsh winters and remind them of the threat.

How to Kill a Wendigo?

This is also another part of the myth where opinions differ. While some people suggest wendigoes can be killed by burning some say they could only be killed using silver weapons.

The creature should be staked or stabbed in the heart   with a silver weapon or shot by using silver bullets.

That said, according to Ojibwe lore, a hunter killed a wendigo with a regular knife by stabbing it in the head many times.

On a side note, a different version of the myth suggests that it simply is not that easy to kill a wendigo. Killing it takes much more than just stabbing it in the heart.

According to that version of the story, to be able to kill a wendigo, you must first stab it in the heart with a silver weapon (or shoot it with silver bullets), then disintegrate the heart, put it in a silver box and bury it in church’s cemetery.

Even that is not enough as the creature has regeneration abilities.  The remaining parts of the wendigo must also be disintegrated using a silver knife. Then it should be salted and burned and the ashes should be scattered.

In Canada and Northern parts of the United States where Algonquian-speaking tribes live, wendigo sightings were reported by both Native Americans and white settlers.

At the beginning of the 20th century, Jack Fiddler, an Oji-Cree man was arrested along with his brother for killing 14 people who they claimed to be wendigoes or turning into them.

Wendigo psychosis is a psychological disorder which makes a person think he is a wendigo and causes him to crave human flesh even when he has access to regular food.  As a culture-bound disorder, wendigo psychosis was mostly reported among people from the Algonquian tribes of North America.

In the past, people under the effect of wendigo psychosis would be referred to native healers and killed if the healer could not cure them.

Being one of the scariest monsters in the lore, wendigoes were featured in many popular TV shows and movies including Charmed, Sleepy Hollow, Haven, Supernatural as well as literary works such as Stephen King’s Pet Sematery.