The beauty of nature knows no bounds and neither does its capacity to regale us with wondrous creations in the most unlikely of places. The blue lotus, an exquisite plant of unparalleled beauty is borne of mud; it is the ideal example of the infinite, unfettered imagination that has designed the world around us.

Known to have been found naturally along the banks of the mighty Nile River in Egypt thousands of years ago, the beauty of the blue lotus flower prompted men to take the brilliantly-hued plant back to their own homelands. Thus, the blue lotus spread to the world beyond in ancient times and is commonly seen today in India and parts of northern Southeast Asia.

Besides the blue lotus, the white lotus was also native to Egypt (and the eastern parts of Africa). Both were revered by the ancient Egyptians and occupied places of prominence in all their most hallowed structures, monuments and ceremonies.

The blue lotus plays a role in the Egyptian story of Creation, where the sun god, Ra, emerged from one at the very Beginning. The opening and closing of the lotus in the daylight and nighttime hours is said to be symbolic of the cycle of the sun through the heavens.

It was not only the beauty of the blue lotus flower to which its mesmerizing popularity can be attributed. The blue lotus is sometimes referred to as the Egyptian Dream Flower. This is a direct reference to the hallucinogenic properties of its leaves. Blue lotus leaves have long been used for their ability to induce a hypnotic effect and act as a sedative.

This ability to transport individuals into a dreamlike state was highly sought after by priests and other individuals who used it as a conduit to communicate with the world beyond. Some used this effect as a tool to foretell the future while others said that it allowed them to speak to the gods and receive their instructions in person instead of from scrolls and ancient writings. 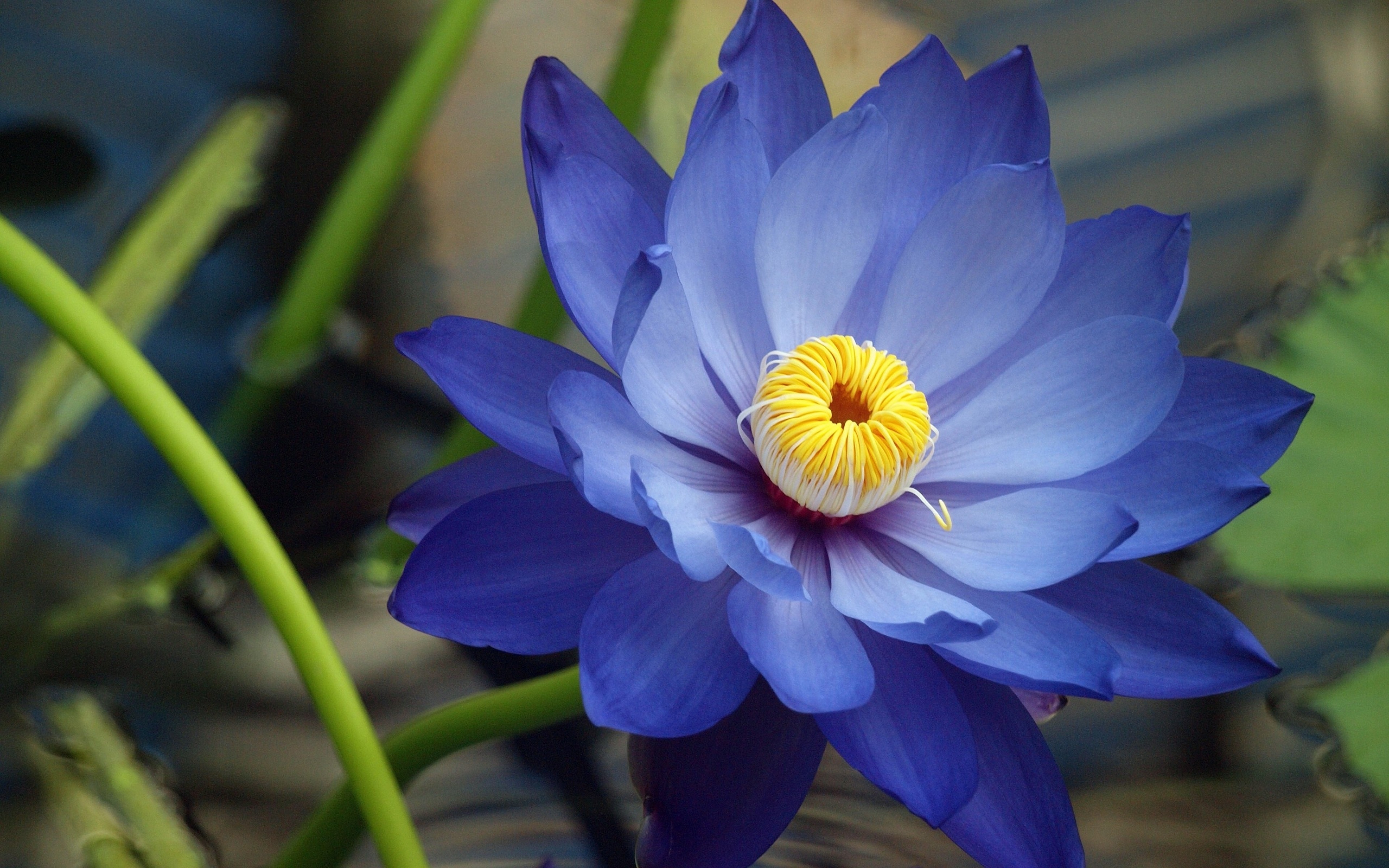 The intoxicating scent of the blue lotus flower must have also played a significant part in its popularity and its inclusion in the most sacred of ceremonies and prayers.

The rituals and supplications of all the religions of the Old World (and many newer ones as well) involve the burning of incense and other fragrant substances to create an atmosphere pleasing to the gods. Flowers were very commonly used for this very purpose and the sweet aroma of the blue lotus coupled with its beauty to made it an indispensable addition to any sacred ceremony.

While the physical and perceptible attributes of the blue lotus were probably what first prompted men to give it their attention, ancient writings, particularly those of the Hindus and Buddhists, tell also of the great symbology that the flower represented.

First and foremost of these was the nature and location of its birth. The rich, muddy soil of a river may be the perfect source of nutrients to produce a healthy, dazzling flower, but it is not looked upon with great favor by the average person. Muck where fish and all manner of insects make their home seem to be the most unlikely womb of an object of such beauty.

Yet, the blue lotus emerges from that very soil.

Its bud is closed as it inches towards the surface and it is only when it is in the fresh air, with the sun shining down upon its face, that the blue lotus spreads its petals and entrances us with its resplendent cerulean hues. This amazing natural mechanism ensures that no part of the petals is ever soiled by the water or the mud below.

Observing this evolution of the blue lotus, men would have wondered at the might and power of the gods who imbued such a delicate object with such perfect perception of its surrounds. These observations also branched off into metaphor.

The soil was seen to symbolize the state of the world and the people in it – with unclean souls and selfish purpose – while the lotus was the purified soul, ascending through the undesirable to reach the rays of the sun, symbolic of God.

The birth of the lotus was within the same environment as all the other life around it; it shared the same soil and the same water. But, through its pure intent and purpose, it transcended all those limitations and reached the Truth.