Between the purity and devotion represented by the white lotus flower to the passion and prosperity attributed to the red lotus, lies the pink lotus flower, Nelumbo nucifera. It is also known as the Indian lotus, the sacred water lily and the sacred lotus.

The pink lotus is arguably the most beautiful variety of the lotus family and its use as an object of decoration or as the subject of artwork is both widespread and popular. There are several varieties of the pink lotus and they differ in the intensity of the pink hue.

The pink lotus does not grow everywhere – it was unknown to the ancient Egyptians who did have white and blue lotus flowers. It is found mainly indigenously across India and China. 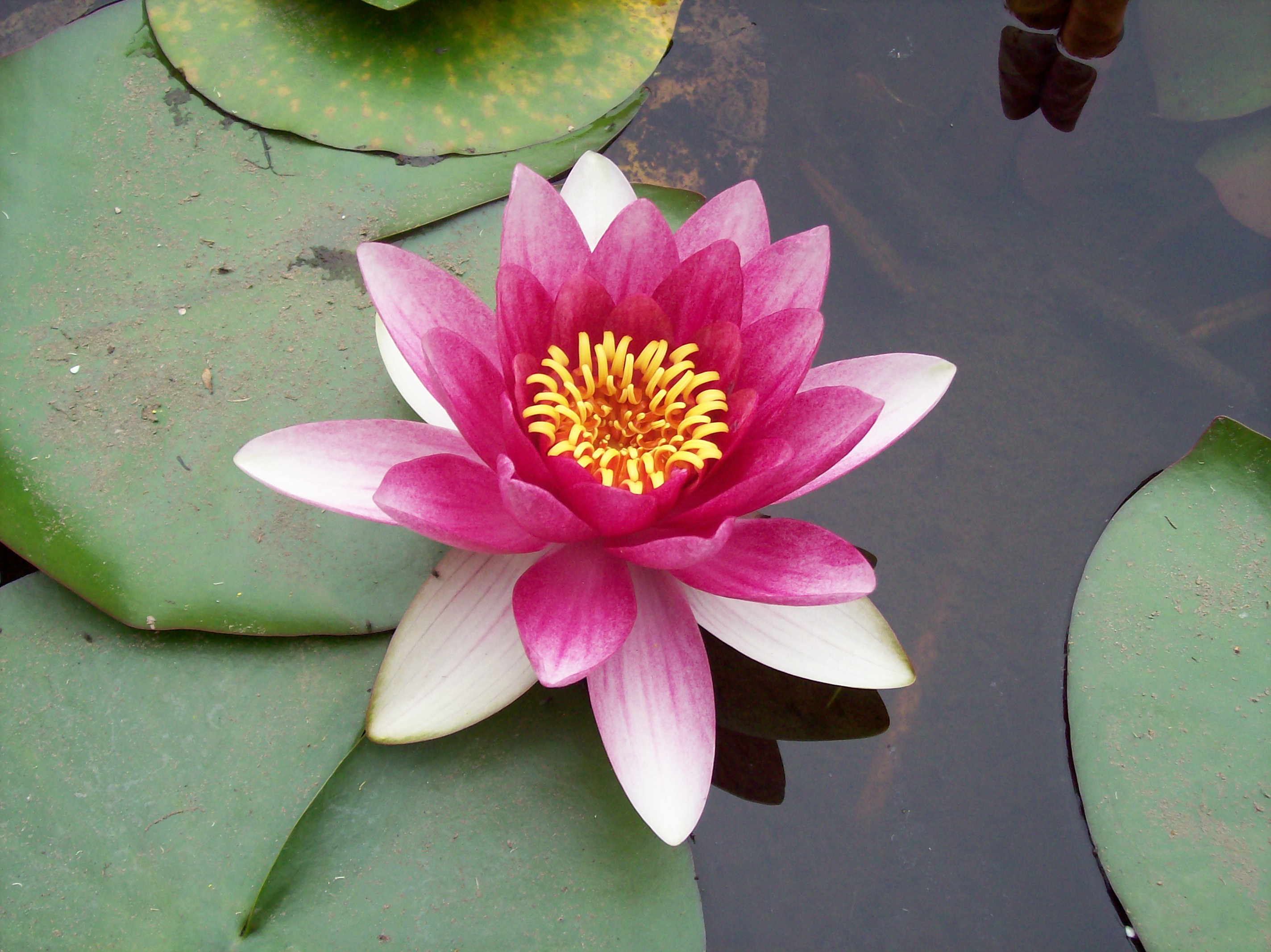 The Pink Lotus in Indian Traditions

The pink lotus is the national flower of India. In the traditions of Hinduism and Buddhism, two religions that have their roots in India, it has divine connotations and is often depicted as part of their religious iconography.

For Buddhists, the pink lotus symbolizes the Buddha himself. That is the highest honor that can be accorded in their beliefs. It was Buddha himself that first associated himself with the lotus when he said:

As the lotus flower is born in water, grows in water and rises out of water to stand above it unsoiled, so I, born in the world, raised in the world and having overcome the world, live unsoiled by the world.

The lotus is referenced heavily in the millennia-old Hindu texts, the Vedas and the Puranas. The flower plays a central role in the Hindu story of Creation.

In it, the god Vishnu lay with his eyes closed, resting on the serpent of eternity, adrift in the cosmic ocean for untold eons. This was the time before Creation, and the was neither Heaven, Earth nor anything else.

The sound of the Universe, the vibration of the ‘Om’, wakened him and from Vishnu’s navel blossomed a lotus flower. And on that lotus was Brahma, the Creator from the Hindu trinity. Brahma asked Vishnu to create the world and all of existence came into being.

Several Hindu gods and goddesses are invariably depicted either standing or sitting on a pink lotus flower. Among them are Vishnu himself; Lakshmi, the goddess of wealth and prosperity; and Ganesh, the famous elephant-headed god.

The sacred Hindu text, the Bhagvad Gita or ‘Song of God’ asks for Hindus to strive to be like the lotus, pure at heart so that earthly materialism does not stick to us. It is intimately related to Buddha’s own words.

The practice of Yoga is closely tied to Hinduism and one of the basic poses in the practice is the Lotus. Each of the seven chakras or sacred centers of energy of the human body are often depicted as lotus flowers.

The highest chakra, Sahasrara or Crown Chakra, is described as a lotus flower with a thousand petals. 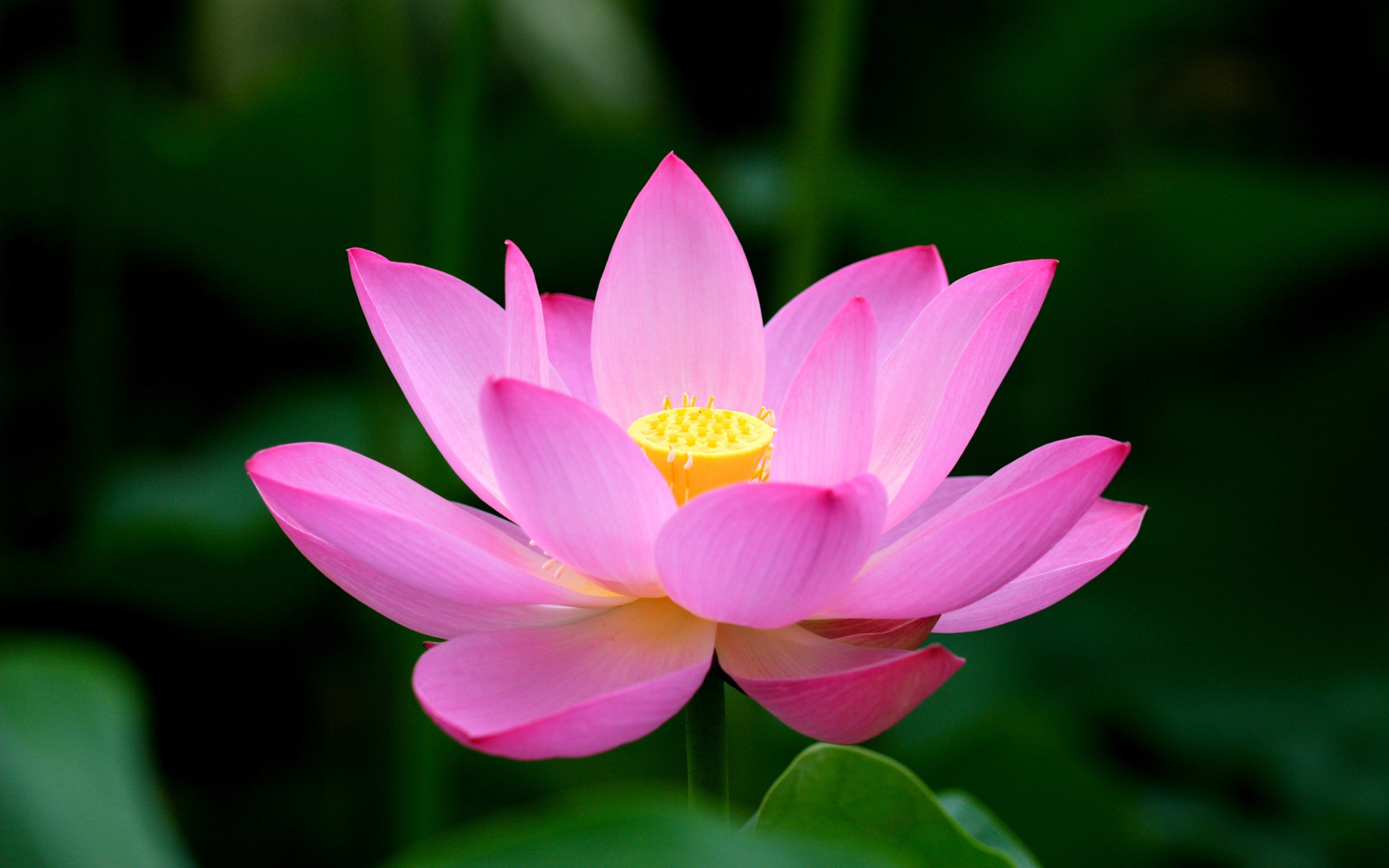 The Pink Lotus and Natural Use

It is believed in certain circles that the pink lotus does not have any medicinal properties of its own but has the power of a catalyst; it is able to facilitate and amplify the effects of other natural medicines.

While the flower may not necessarily have medicinal value, it is reported to have a mild intoxicating effect when prepared with drinks like tea. That effect is sometimes referred to not as intoxication but as the attainment of a higher level of consciousness, similar to what Native American shamans used to communicate with their ancestors.