Religious symbols and their meanings have fascinated both researchers and the average person for the power they hold over the hearts and minds of billions of people.

The belief in a higher power is not only literally as old as mankind itself, but older. Burial sites of humanoid species that roamed the earth before homo sapiens have been found decorated with religious symbols that point to a belief in an afterlife. As society progressed, became more sophisticated and learned more about the world and about the universe of which it was a part, neither the passion for this belief nor the search for the divine ever abated.

In this article, we look at the most potent and most easily recognized religious symbols of some of the world’s biggest faiths today.

Christianity has been the world’s dominant religion for a long time, and its numbers include Roman Catholics, Anglicans, Protestants and various other denominations. While its star in waning, particularly in West where atheism and agnosticism have become the craze, the religious symbols of Christianity continue to be popular among the religious for their deep meaning and the non-religious for their aesthetics. 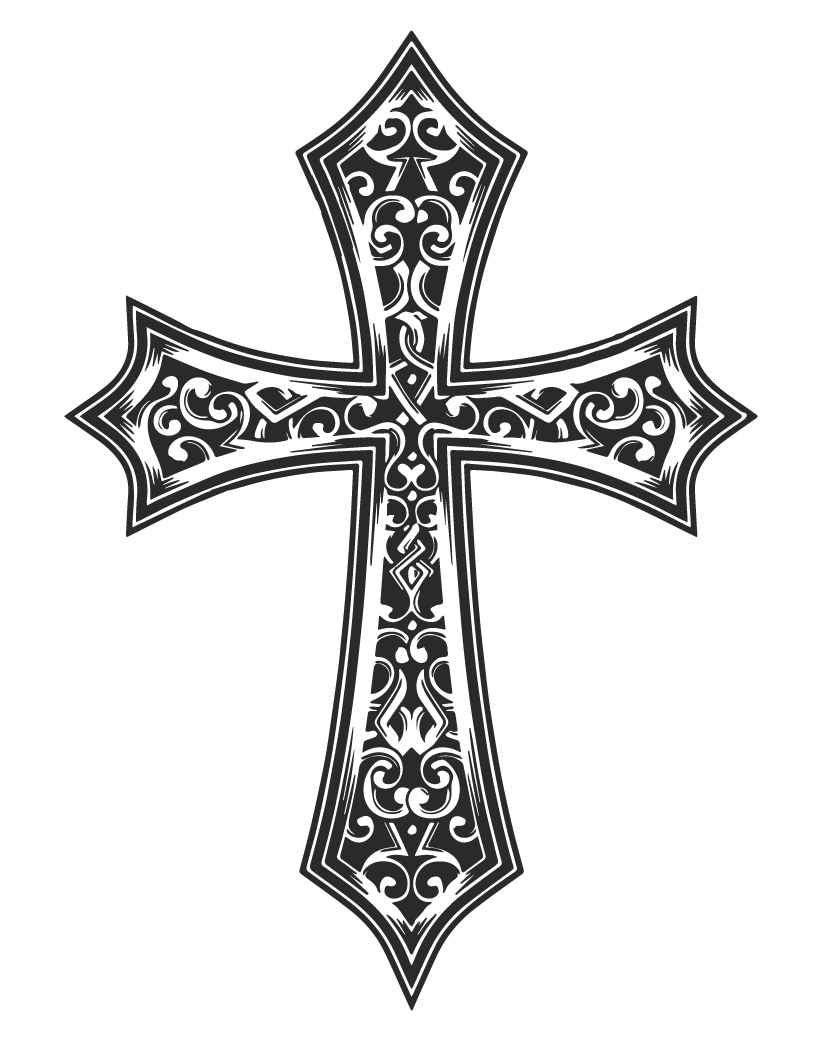 For an exceedingly simple construct, a surprisingly large number of variants of the cross have been designed and used over two millennia. It was adopted by Christians to recognize the sacrifice of Jesus who was crucified on a cross. However, crucifixion was a barbaric practice that preceded Jesus.

The cross itself has two main variations – the Crucifix, which is a cross with the corpus or body of Christ, and the Bare Cross. While the Crucifix is necessarily a Christian construct, the bare crosses had been used by Greeks, Egyptians, Assyrians, Hindus, Mexicans and pagans as religious symbols long before the events of the New Testament.

The Icythys is the simplest illustration of a fish. It was one of the first Christian symbols, preceding the cross which only became popular in the third century A.D. It arose from the acrostic (first letter of every word) of the Greek phrase ‘Jesus Christ, Son of God, Savior’, which spelt out the word for ‘fish’, Ichthus.

The Bible story where Jesus called himself a ‘fisher of men’ might also have strengthened the association.

Judaism was the first of the world’s three major monotheistic religions, preceding Christianity by 1,500 years and Islam by 2,100 years. There are two religious signs that are associated with it significantly more than any others.

The Star of David is a hexagram consisting of two equilateral triangles superimposed, one pointing up and the other pointing down. 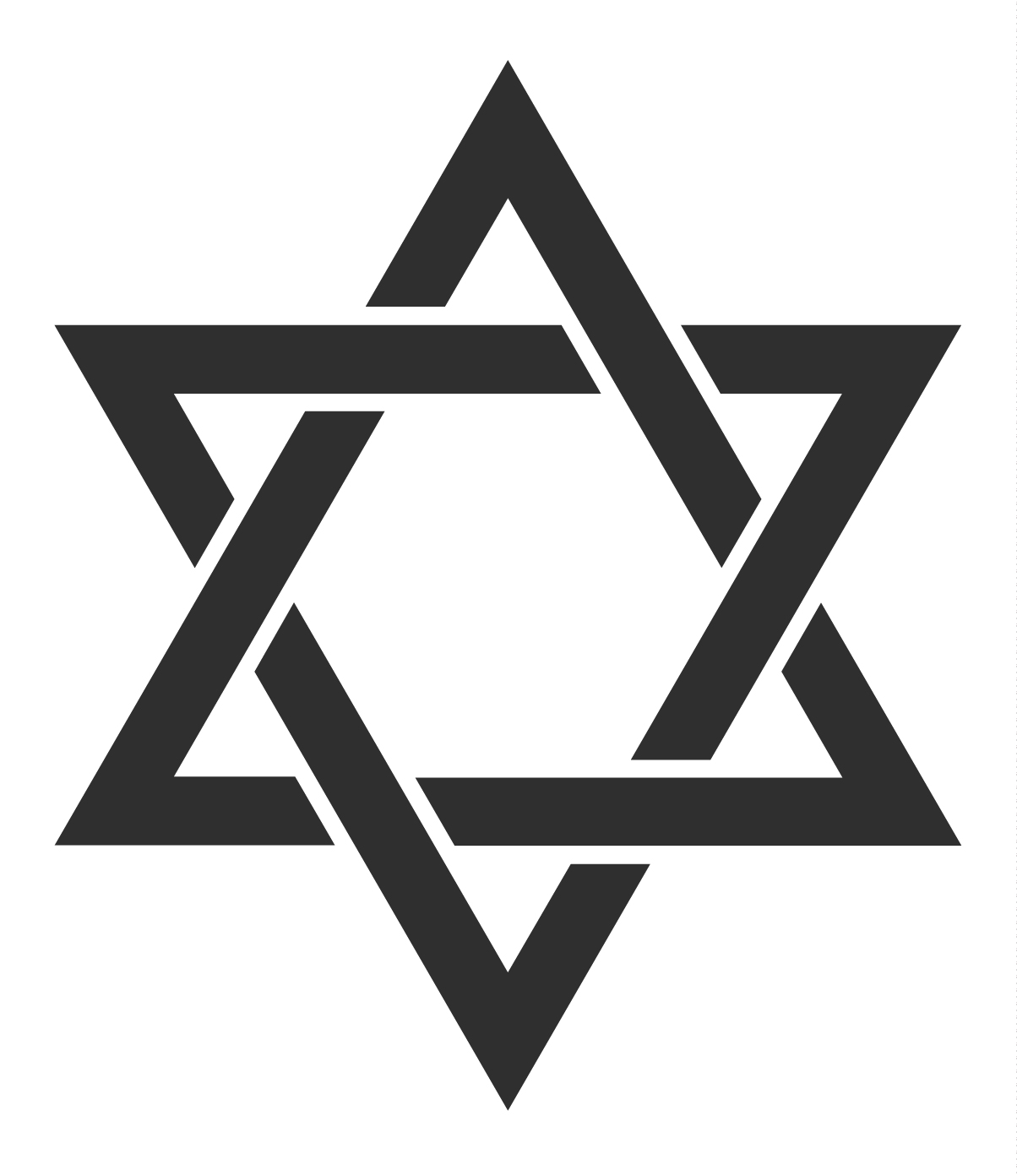 Today, it is probably the most readily associated of all religious symbols with Judaism, especially for its depiction on the flag of the state of Israel. However, its widespread adoption came only in the 19th century. Prior to that, the symbol was found chiefly in books of the Kabbalah, where it was referred to as the Seal of Solomon.

The Star of David is believed by Jews to have been painted on the shield of King David of the Torah and Old testament. However, it was not used as a representation of Judaism itself and, in fact, there were churches that displayed it when no synagogues did.

The Menorah is a candelabra which can hold seven candles – one on the central stem and one each on the six branches. It is a symbol of the first Jewish Temple, the makeshift sacred space created by Moses when leading the Jews out of slavery in Egypt. That temple contained a similar lampstand made of pure gold, and the Menorah is the oldest known of all religious symbols of Judaism. 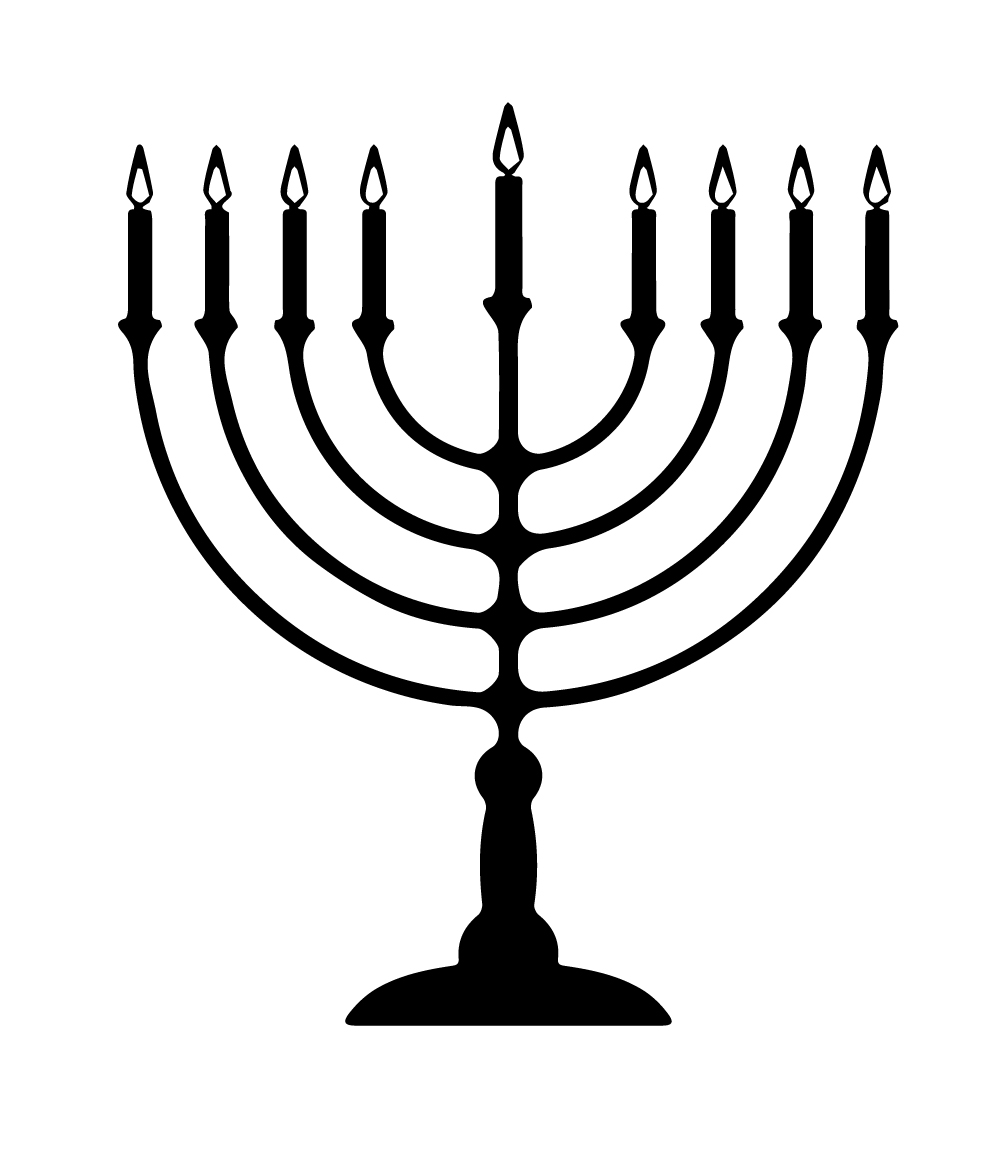 Islam has over one billion followers who adhere to a variety of sects, the two largest of which are Sunni and Shia Islam. More modern branches of Islam include the mystic Sufi and Ahmadiyya sects. While Islam scripture itself is not particularly enthusiastic about the use of religious symbols, adherents have adopted some as a representation in a world of Christian crosses, Jewish Stars of David and the Hindu Om.

The Islamic world functions by the lunar calendar and the moon is central to the reckoning of time and seasons. The crescent moon was actually a symbol of the Turkish empire but was readily adopted by the Islamic world for the empirical success it had as a world power. 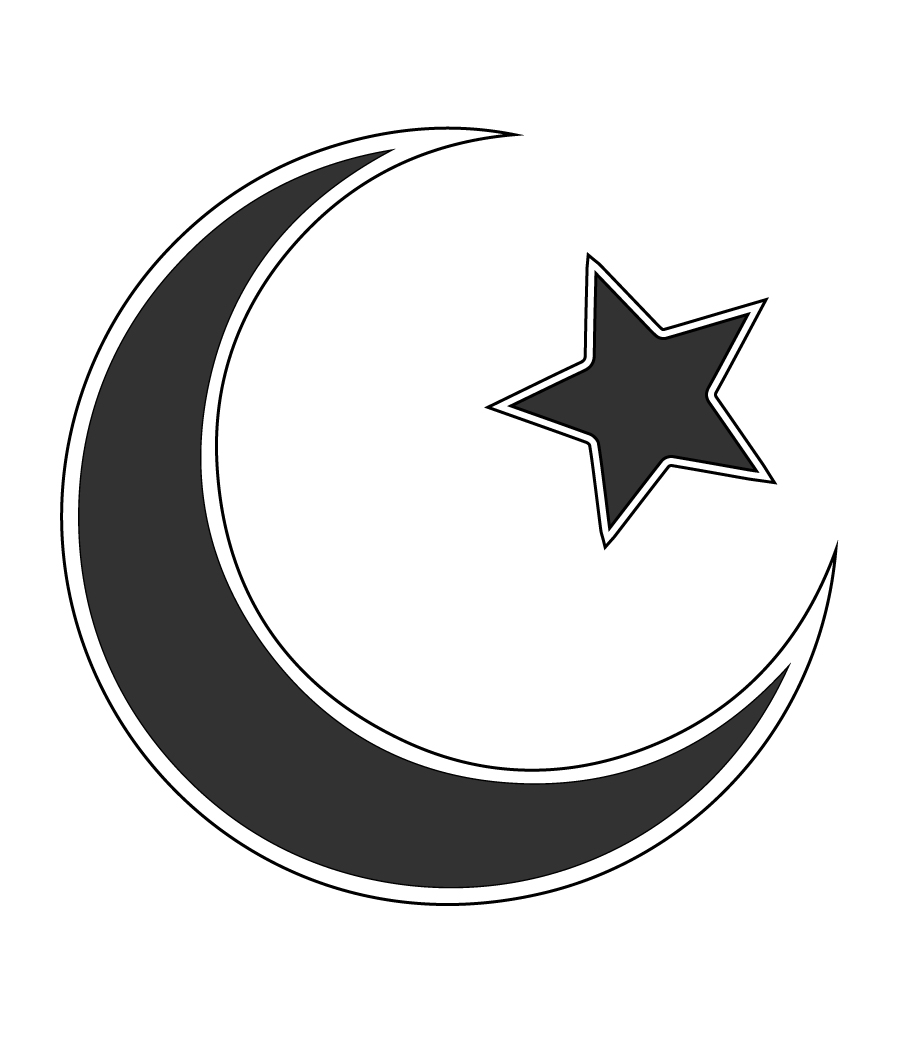 Interestingly, the crescent moon was depicted on the forehead of the Hindu god, Shiva for millennia before its adoption in other religions.

In a world of billowing sand and dust where Islam was born, the green of vegetation was always a welcome sight for the Arabs. It symbolized life, abundance and the presence of life-giving water. The color green was held in regard by tribes that lived in the desert, but was given especially high credence for a verse in the Quran that speaks of people dressed in green robes in heaven.

Half a millennium before Christ appeared on the earth, Gautama Buddha preached a similar philosophy of loving the world and all the people in it. There is no real symbol of Buddhism as the cross, Star of David and crescent moon have become associated with the world’s three monotheistic religions.

The Dharmachakra (Sanskrit: dharma = Life/Religion, chakra = Wheel) is a wheel with eight spokes that represents the Noble Eightfold Path, the eight traits of a good adherent – having the right view, intent, speech, action, livelihood, efforts, mindfulness and meditation. 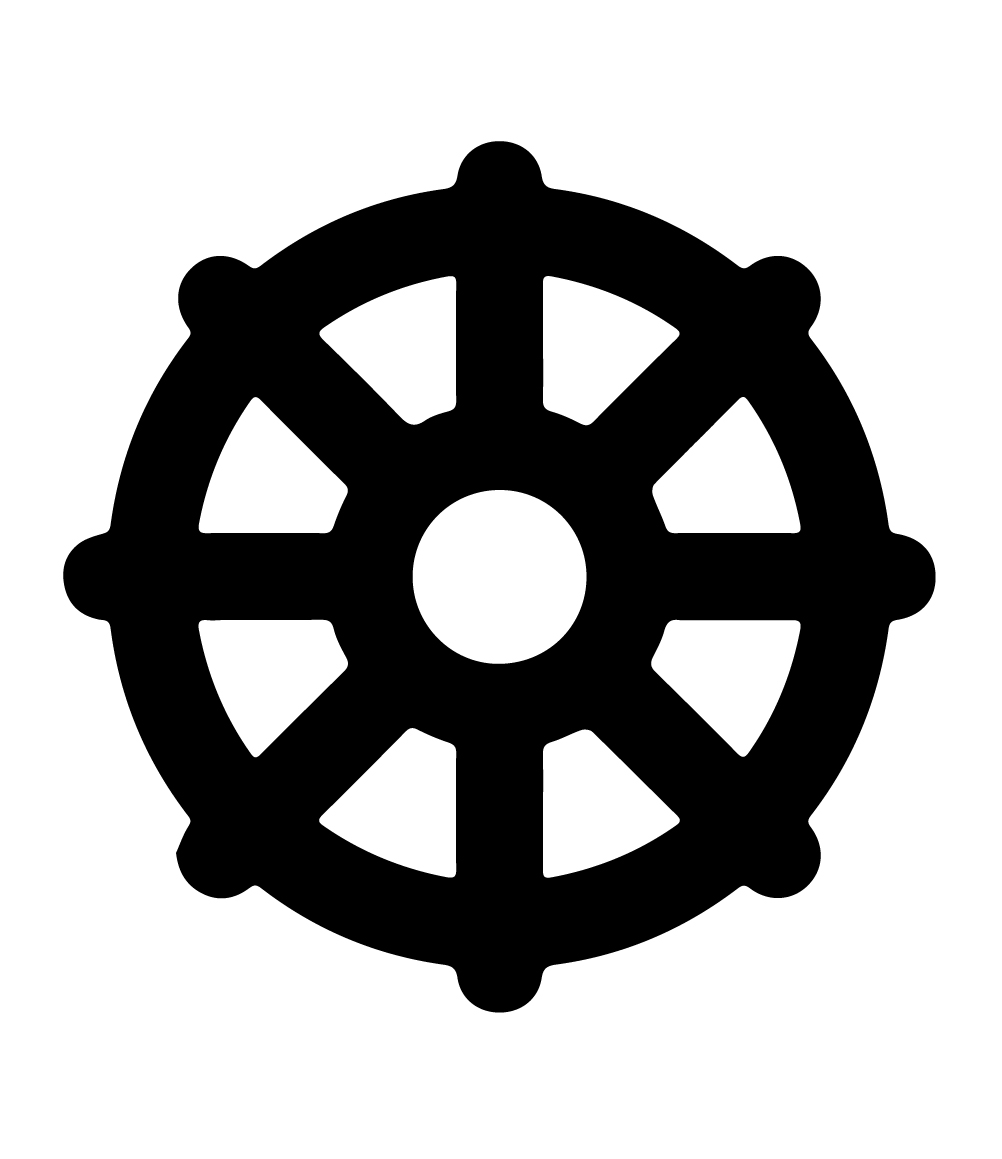 Although the Wheel is the most often associated with Buddhism, it has its roots as a faith symbol in Hinduism, where it was a representation of Karma, the Wheel of Life and Rebirth.

As we have looked into the religious symbols and their meanings, and studied their origins, one realization has been almost universally consistent – that the majority of shapes and signs that we associate with a particular way of thought and life often predate them by a considerable period.

It is the way of Man that we are quick to adopt what seems to us the best representation of our thoughts and beliefs. This overlap of cultures and the shapes that symbolize them seem to be able to share common ground even the religions themselves cannot.